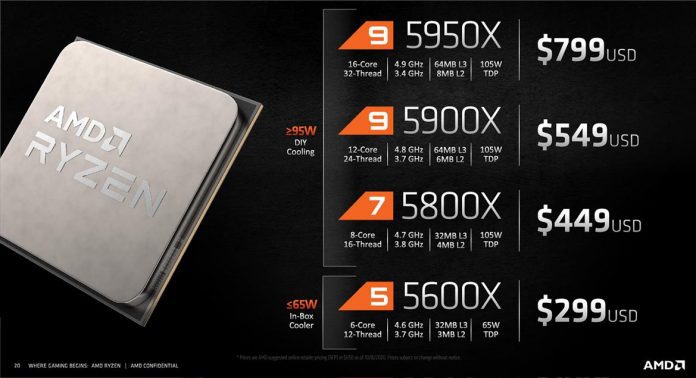 The much anticipated Ryzen 5000 series from AMD is launched. And we now have an exclusive look at the next-generation processor from Advanced Micro Devices. According to sources, the Ryzen 5000 series has exceeded 6 GHz on Liquid Nitrogen (LN2). The Ryzen 9 5950X, on the other hand, offers a peak single-core boost clock of 4.9 GHz. But sources claim that the 16 core processor to have a boost clock of 6.362 GHz.

According to sources, a benchmark user, HiCookie, achieved 6.362 GHz across all cores using LN2. Cookie upped the processor’s voltage to 1.692 V and paired it with a Gigabyte X570 AORUS Master motherboard. The Ryzen 9 5950X displayed a bus speed of 100.19 MHz and a multiplier of X63.5.

Additionally, if someone again manages to push the Ryzen 9 5950X further than 6.362 GHz. However, sources even claim anyone can still work to go beyond the 8.794 GHz with nitrogen cooling.

AMD’s new processor is already making it stand out and proving that AMD is ready to take Intel’s throne. With the users overclocking the CPU above 6 GHz, some even try to push the processor’s limits further. We can expect that AMD’s processors even to break further and crush its competitors with their next-gen processors.