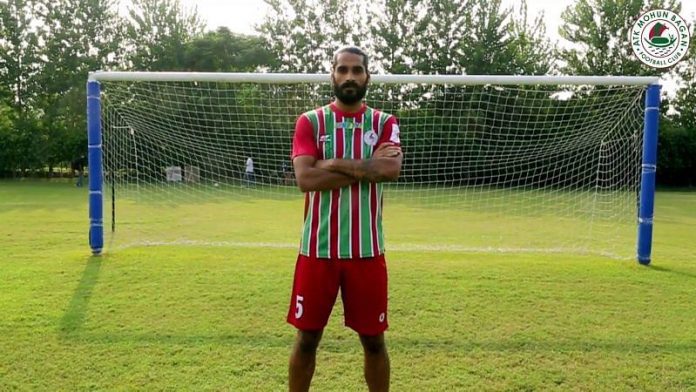 Sandesh Jhingan is one of the finest defenders of India. Former Kerala Blasters FC defender and the captain left the club after the end of last season. He then joined ATK Mohun Bagan FC on a free transfer. The defending champion was quick to approach the defender and signed him.

As per reports, in the last summer transfer window, the 27-year-old defender got an offer from the UK. He agreed to move to the UK as well. But because of COVID-19 restriction, he couldn’t travel to the UK. In the meantime, ATK Mohun Bagan FC approached him with a top offer. He immediately accepted the offer.

Sandesh Jhingan is two times runners up in ISL with Kerala Blasters FC. He also represented India 36 times and scored 4 goals for the country.

In the training session, Habas was seen to pay extra attention to his defense. He said, “For me, every player is important. I want to build a team of players who give his best when picked.”

“Being a long league, we have to be careful of injury card problems. So, it’s about keeping players ready for every position.”- he added.

ISL is going to kick off on the 20th of November. ATK Mohun Bagan will face Kerala Blaster’s FC in the inauguration match. It will be exciting to see how Sandesh Jhinghan makes his mark in ATK Mohun Bagan jersey against his former club.