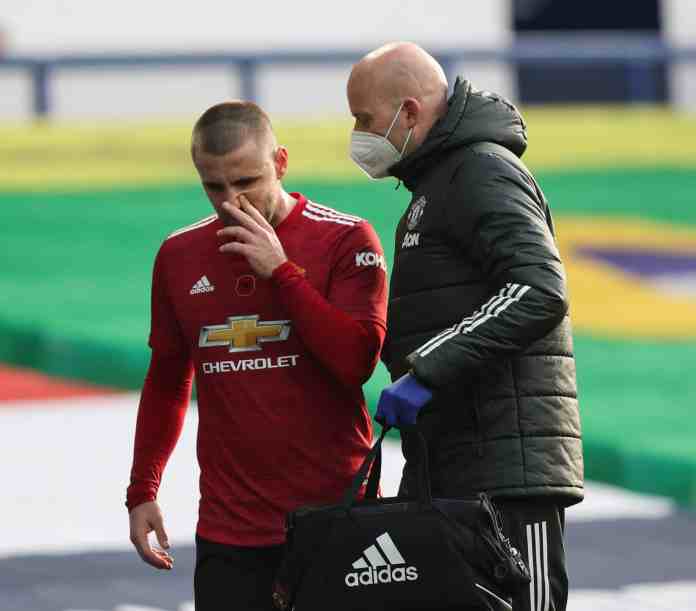 Manchester United are back to the winning track after the 3-1 victory at Goodison Park against Everton. Manchester United manager Ole Gunnar Solskjaer was delighted with his team’s response after a week of criticism.

But he was also worried about some of his players’ injuries. He reported 3 injuries after yesterday’s match. Luke Shaw was withdrawn and replaced by Axel Tuanzebe following a hamstring injury.

“Yes. Victor’s (Lindelof) back, Marcus’s (Rashford) shoulder, Luke Shaw’s hamstring. That’s three I can remember from the top of my head. I hope everyone else is okay. David didn’t play [in midweek] but he had a groin problem before the game.”- he said about the injury issues of his team.

Solskjaer was also annoyed with the schedule of the match. Manchester United was forced to play a lunchtime kick-off on Saturday after a vital UEFA Champions League game on Wednesday night in Turkey. This is a very serious issue considering the recovery time for players.

“Give us another 24 hours or 26, 28 hours to recover and you’ll get a better game from us.”- the United boss complained.

“The first half was top. Get on the ball, play and the goals we scored were fantastic.”

Manchester United’s next match is against West Bromwich Albion after the international break. Hopefully, his players will fit enough.