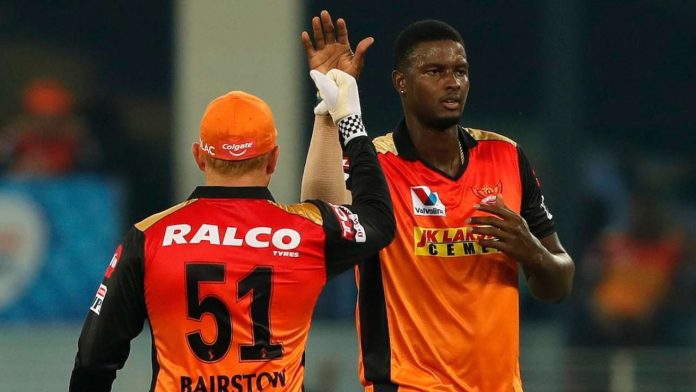 Qualifier 2 will feature a heated clash as Delhi Capitals will take on the Sunrisers Hyderabad.

The stakes are high as the winner will solidify their seat in the IPL 2020 finals to take on the Mumbai Indians. The loser, on the other hand, will be eliminated from the tournament right away.

Capitals are coming off a disappointing loss against Mumbai Indians while SRH is coming off a close win over the Royal Challengers Bangalore. Interestingly, DC started the season extremely consistently, however, lost their way as they’re coming off four defeats in their last five games. SRH, on the other hand, struggled earlier but found momentum at the right time and are coming off four consecutive wins.

Delhi Capitals started the league phase really well, however, ended up losing their way mid-way. Shikhar Dhawan found some form, however, will have to show consistency. Prithvi Shaw will also have to pull his socks up and perform, or DC may even replace him with Shimron Hetmyer and maybe bring back Tushar Deshpande or Harshal Patel for Daniel Sams.

Skipper Shreyas Iyer, Rishabh Pant, and Marcus Stoinis will have to show consistency which they displayed in the earlier phase of the tournament. Their bowling has been phenomenal with Kagiso Rabada being the second-highest wicket-taker and Anrich Nortje being among the wickets as well.

SRH would be extremely proud of their win over RCB. Skipper David Warner has been in great form, however, the injury of Wriddhiman Saha has been an issue.

Their bowling, however, has been great. Jason Holder has been a breath of fresh air for them. Rashid Khan has been picking up timely wickets. Sandeep Sharma and Natarajan have been doing their respective roles.

DAVID WARNER (10.5) (C) – David Warner has been in phenomenal form and has been consistent as well. He’ll be our captain.

JASON HOLDER (9.5) (VC) – Holder picked up wickets consistently and can bat as well. He has been a prime reason for SRH coming this far. He’ll be our vice-captain.

RISHABH PANT (8.5) – Pant has been getting starts but he’ll have to convert them into a bigger score.

SHIKHAR DHAWAN (10) – Shikhar Dhawan found some form, however, will have to show consistency.

MANISH PANDEY (9) – Pandey has been fairly consistent this season. However, he’ll have to take more responsibility.

AJINKYA RAHANE (8.5) – Rahane looked great in his last match against RCB where he scored a match-winning fifty.

KAGISO RABADA (9.5) – Rabada has been the second-highest wicket-taker of the season so far. He’ll be our captain.

RASHID KHAN (9.5) – Rashid Khan has always been among wickets. He bowled one of the most impressive spells in the history of IPL taking 3 wickets and conceding only seven runs in his four overs.

ANRICH NORTJE (9) – Nortje has been continuously clocking over 150 kmph and has always provided wickets.

SANDEEP SHARMA (8.5) – Sharma has been in good form and has been consistently among wickets.

SHAHBAZ NADEEM (8) – Nadeem has been really good and is an important part of the resurging SRH team.

Momentum has always shown to play a huge factor especially in T20 cricket where consistency is considered to be a key factor. Sunrisers Hyderabad will therefore defeat the Delhi Capitals.