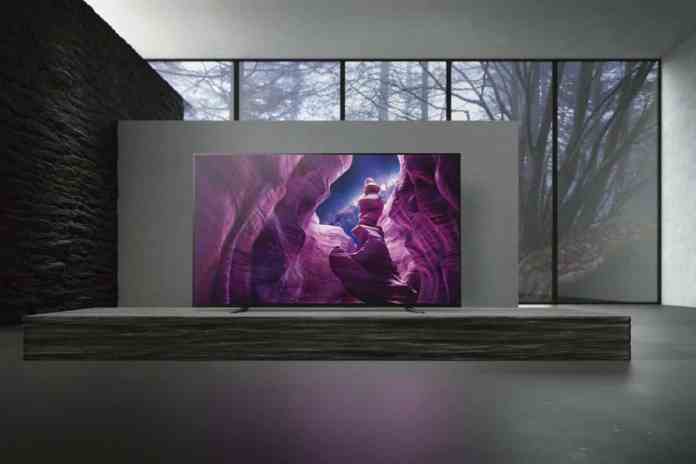 Sony is always a ruler in the Indian television market, especially in the premium segment. So, to maintain the impact, Sony needs to refresh its television lineups and have to add new models into its portfolio. This Thursday, the Korean electronics giant introduces its new high-end television Sony A8H.

Sony’s new premium television is coming with a 65-inch Ultra-HD OLED display panel. This display panel holds the support for Dolby Vision HDR. Along with the panel, the X1 Ultimate 4K HDR processor and X-Motion Clarity technology are backing up to produce an unbelievable image quality. One of the most attractive features of this A8H is users can enjoy 1080p content at a 120Hz refresh rate. If the resolution goes up to 4K, the refresh rate’s upper limit comes down to 60Hz.

Sony in its press release wrote, “With Pixel Contrast Booster, color and contrast are enhanced in bright areas so one can enjoy their TV viewing with full of lifelike shades and hues, more depth, fine texture and the pure black contrast that only Sony’s OLED can deliver”,

Besides the display quality, the audio is also an important factor. So, Sony is providing four speakers and twin sub-woofers that produce 30 watts of output. On top of that, there is a unique Acoustic Surface Audio technology. The company claims that this technology enables the display to double the soundbox. The support for Dolby Atmos and Acoustic Surface Audio technology is also there.

The Sony A8H is running on Android and obviously has Google Play Store support. 16GB of internal storage is there to install and run the necessary applications. The built-in Chromecast, Google Assistant, and Apple AirPlay 2 are additional.

You can own this premium Sony A8H at Rs.2,79,990 only and can purchase from Sony’s offline retails as well as an official online store.

The Qualcomm Snapdragon Tech Summit 2020 is running and on the first day, the semiconductor manufacturer showcased its new addition to the Snapdragon 800...
Read more
News

Qualcomm Snapdragon Tech Summit Digital 2020: When & How to watch in India, what we can expect

Qualcomm Technologies Inc. is the most powerful rival in the market of both MediaTek and Exynos, if we ignore Apple's A-series chips as the...
Read more
Mobile Accessories

A new Galaxy Buds to come in January with ANC

Samsung is already a pro player in the field of earphones along with others like smartphones, and television. With the flow of the market,...
Read more

Sony’s PlayStation 5 is available in the market, and lucky gamers are already enjoying the exclusive titles and rework on the next-gen console. However,...
Read more
Technology

There was a time when we were just satisfied to watch video content in 1080p streaming. With the advancement in display technology, we now...
Read more
Technology

Sony has a patent for a new PSVR PS5 headset

The launch of the next-gen consoles has our heads rolling all over the place. With high-performing hardware and a series of exclusive titles, the...
Read more
Technology