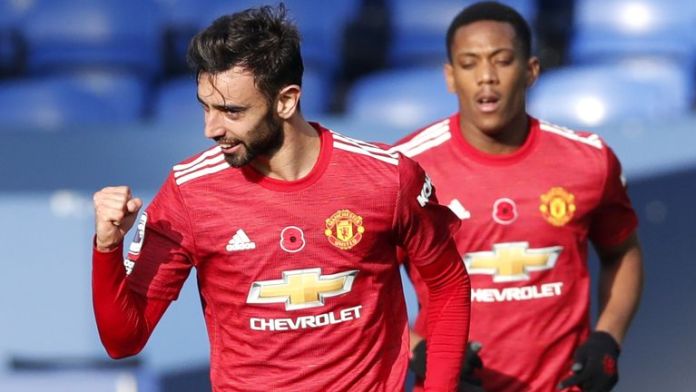 Manchester United travelled to Goodison Park to face Carlo Ancelotti’s Everton. Manchester United was under immense pressure after back to back loss against Arsenal in the Premier League and İstanbul Başakşehir F.K. in UEFA Champions League.

Bruno Fernandes sacrificed his hat-trick to assist a clear chance to Edinson Cavani. After the match, Bruno said to BBC Sport, “I don’t need to think about a hat-trick. [I set up Edinson Cavani because] for a striker it is important to score for his confidence, he will be important for us, and the first goal will give him confidence.”

This win sets up a new club record for Manchester United. Manchester United is unbeaten in domestic away games in all competition since their 2-1 defeat at Anfield in January. They broke a record set in 1993 tonight.

In the past few weeks, managers of teams competing in Europe have become very vocal about the schedules being too hectic for the players....
Read more
Football

With a quarter of the Premier League season in the history books, matchday 10 of the 'World's Greatest League' played out to a conclusion...
Read more
Football

Sami Khedira may leave Juventus in January with a potential move to the Premier League. According to reports, multiple Premier League clubs are interested...
Read more