Top 5 players with most own goals in Premier League history 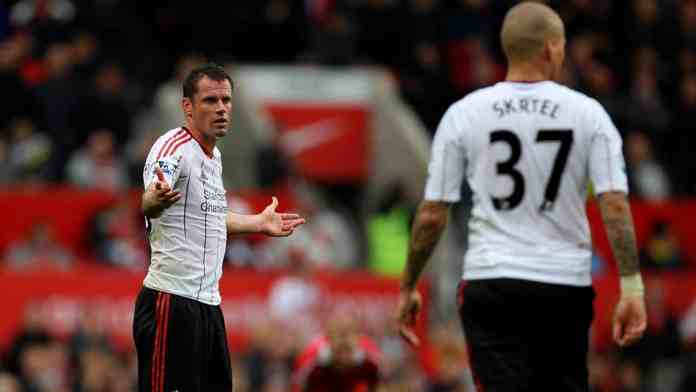 Defenders are meant to guard the goal. The perfect communication between the keeper and his defenders leads to a perfect defensive line for the team. But sometimes in the worst scenario, the defenders score an own goal due to lack of concentration or communication.

Premier League is one of the most exciting and competitive leagues in Europe. Sometimes the defenders lost their head and made mistake in huge match pressure and score an own goal in an unfortunate manner.

Here are the top five players with most own goal in their Premier League career.

Wes Brown is considered one of the best defenders of his generation. He has played for Manchester United, Sunderland, and Blackburn Rovers in his career.

However, he has scored six times in his own net in his career.

However, he also scored 6 own goals in his career.

Martin Škrtel is one of the assets for Liverpool in his time at the Merseyside. He has won one League Cup with Liverpool in 2011-12.

Martin Škrtel has the record of scoring the highest number of own goals in a season [4 goals] in the 2013-14 season.

The Liverpool legend is also on the list. He has represented Liverpool 737 times in all competition in his career. He won two FA Cups, three League Cups, two UEFA Cups (now UEFA Europa League), and the Champions League title in 2004-05 with the Merseyside team.

But he has 7 own goals in his name in his career as well.

Former Manchester City defender Richard Dunne is holding the record of most own goals in the Premier League after scoring 10 times in his own net.

Football without fans can never be complete. But because of the COVID-19 pandemic, it was not possible to allow anyone into the stadium. But UEFA...
Read more
Football

Liverpool and Manchester City have been the most dominant sides in the Premier League over the last three seasons. City won the title for...
Read more

The second half of the group stage fixtures kicked off on Tuesday and Wednesday as the best teams in Europe faced off in the...
Read more
Load more