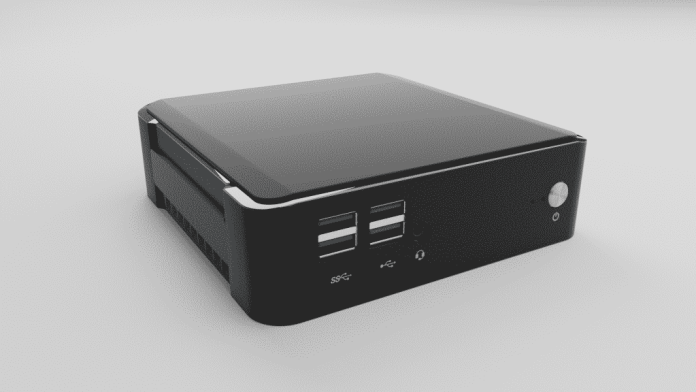 After launching the first model of Librem Mini, Purism is going to launch a new version of this series. The new Librem Mini v2 features a powerful 10th generation Intel Core i7 Comet Lake processor with a price tag of $699.

Librem Mini v1 has a Core i7-8565U processor and now the company said that the new version comes with an up-gradation and it will feature a Core i7-10510U processor, which will boost a 6% performance than the previous Librem Mini. The v2 contains a 15W chip of Intel’s Comet Lake-U.

If you compare the specification you will notice, the processor has only been upgraded. Librem decided to use Comet Lake processors rather than Whiskey Lake processors, which was used in the first Librem Mini. The new version 2 comes with a PureOS Linux distribution.

The company has opened the door for its product and you can have a Librem Mini v2 for US$699 with a 250GB SSD and with 8GB RAM. The mini PC is customizable, so later you can upgrade your RAM and storage.

Schenker has revealed its upcoming VISION 15 notebook which features the Intel Core i7 11th generation processor along with an Intel Iris Xe graphics...
Read more
Gaming

IO Interactive has introduced a new location for Hitman 3, the upcoming third game of the Hitman series. The developers have added Chongqing, China in...
Read more

ASRock becomes the first company to announce its implementation for the new AMD Ryzen Embedded V2000 processor with the Zen 2 cores. Currently, the...
Read more
Technology

Mini PCs have been a go-to approach for many professionals as they offer portability and functionality. However, some might argue that notebooks are the...
Read more
Technology

The mini PC market is a global business and has seen an increase in demand. Mini PC’s are portable yet functional and are always...
Read more

Clash Royale partners with Jio for a 27-day Gaming Tournament

NO REGISTRATION OR PARTICIPATION FEESAMAZING PRIZES TO BE WONTOURNAMENT SEMI-FINAL AND FINALS TO BE STREAMED ON JIOTVTOURNAMENT DATES: 28TH NOVEMBER TO 25TH DECEMBER Mumbai, 26th...
Read more
Football

The upcoming Ryzen 5000U APUs are real and are expected to debut at the upcoming CES 2021 with Dr. Lisa Su. Before that, we...
Read more
Load more

Cloud computing is a field that is growing extremely fast, and with the advent of 5G and 6G, the field has seen tremendous development....
Read more

The upcoming Ryzen 5000U APUs are real and are expected to debut at the upcoming CES 2021 with Dr. Lisa Su. Before that, we...
Read more

We all know the famous rivalry between Intel and AMD. It is a proven fact that Intel is slowly losing its crown as the...
Read more