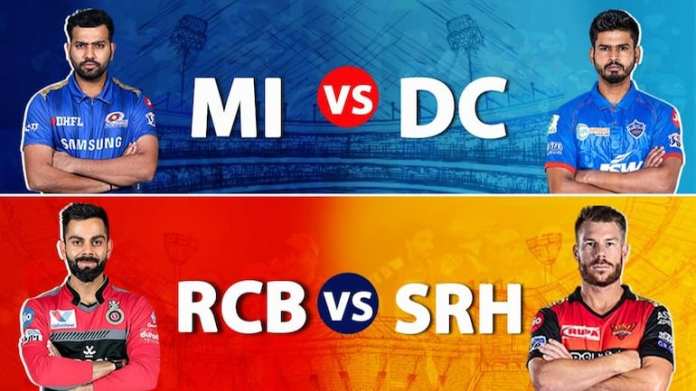 IPL 2020 has been a historic season so far. Nail-bitting thrillers, super overs, injuries, controversies, and records, you name it! It has been everything the fans needed during these tough times caused by the pandemic.

Today we evaluate which team has the highest possibility of winning the IPL 2020.

We start our list with the defending champions and table-toppers Mumbai Indians. Mumbai Indians have been nothing but phenomenal throughout the league stage with nine wins in 14 matches. Two of their losses have been in the super over and one was probably because they rested their bowlers.

They have struck a perfect combination where every player knows and executes his roles. Therefore despite the withdrawal of Lasith Malinga and the injury of skipper Rohit Sharma and Ishan Kishan, they have been able to sustain their winning spree.

The comeback of Rohit Sharma will add more stability to the already strong MI lineup. Quinton De Kock, Suryakumar Yadav, and Ishan Kishan have been in sublime form. Hardik Pandya and Kieron Pollard have been finishing the inning really well. Not to forget, three of their bowlers are in the list of top 10 highest wicket-takers of the season.

Delhi Capitals started the league phase really well, however, ended up losing their way mid-way. Regardless, they’re an extremely dangerous side. Shikhar Dhawan found some form in their last game, however, will have to show consistency. Prithvi Shaw will also have to pull his socks up and perform or DC may even replace him with Ajinkya Rahane who scored a solid fifty in their last game.

Skipper Shreyas Iyer, Rishabh Pant, and Marcus Stoinis will have to show consistency which they displayed in the earlier phase of the tournament. Their bowling has been phenomenal with Kagiso Rabada being the highest wicket-taker and Anrich Nortje being among the wickets as well.

RCB has one of the most stable combinations of all teams this season as well. However, they’ll have to improve their strike rate especially in the earlier overs and make use of the powerplay. AB de Villers has been in great form and has been scoring really important runs.

Virat Kohli’s poor form will also be a concern for RCB. Also, their pace bowling has failed to achieve some consistency. The injury of Navdeep Saini and now even Chris Morris can be a serious issue for them. They’ve tried Dale Steyn and Isuru Udana but have turned out to be extremely expensive.

SRH would be extremely proud of their win over the Delhi Capitals. Skipper Warner scored a brilliant fifty and Wriddhiman Saha justified his selection over Johnny Bairstow by scoring two back to back fifties.

Their bowling, however, has been great. Jason Holder has been a breath of fresh air for them. Rashid Khan has been picking up timely wickets. Sandeep Sharma and Natarajan have been doing their respective roles.

Which team has the highest possibility to win the IPL?

MUMBAI INDIANS! MI and SRH are the only teams who are entering the playoffs with some momentum. However, for SRH, it’ll be difficult as they’ll have to win 2 matches before even getting to the finals. Mumbai, on the other hand, has been there and done that! Therefore, Mumbai Indians definitely have the highest possibility to take the cup home.

The IPL hangover is dialling down as the Indian fans are keeping their respective jerseys aside to reunite with that beautiful blue jersey! The...
Read more
Cricket

The idea of a potential 9th franchise being added to the Indian Premier League (IPL) is gaining some serious steam. Some heavyweights of various...
Read more
Cricket

Former Indian captain, the legendary Rahul Dravid strongly believes that the Indian Premier League (IPL) is "ready for expansion" in terms of the number...
Read more

The IPL final saw the Mumbai Indians take on the Delhi Capitals, the two most consistent sides in the 2020 IPL. The Indians came...
Read more
Cricket

Ishan Kishan's form was undoubtedly a very big factor in Mumbai Indians' success in the IPL 2020 season. But did you know that he...
Read more
Cricket

IPL 2020 will go down in the history as one of the best and memorable tournaments in its history. The tournament was so competitive...
Read more

Apple is always known for bringing up crazy but innovative ideas for its platforms. Recently the company has launched a new service for App...
Read more
Load more

According to ESPN’s Adrian Wojnarowski, Anthony Davis’ agent Rich Paul has confirmed that Davis has agreed to a five-year, $190 million contract with the...
Read more

Team India leads by 1-0 in the T20 against Australia series as India defeated Australia in the first of three T20s at the Manuka...
Read more