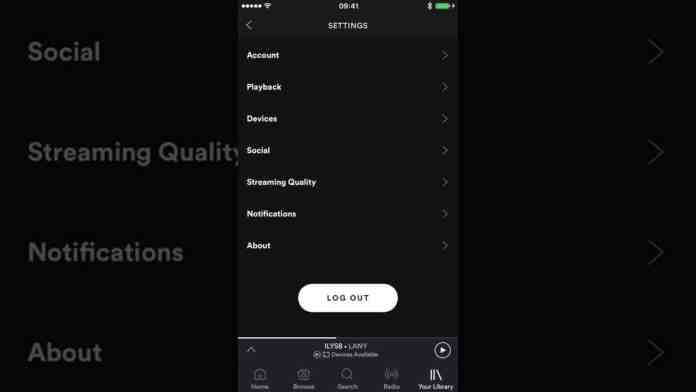 The Swedish media firm Spotify has been releasing quite a few updates recently. It comes in response to Apple making its Apple Music richer and readily available to its users. Spotify has been keen to establish itself as a first choice in music streaming.

Now the company is trying out something new with its streaming service. Spotify is letting artists and label influence what the company’s algorithm promotes. The artists and labels will get the freedom to promote any music that they feel is important.

The feature will work like this: The artists will decide whether a track is essential, and then Spotify’s algorithm will consider this request. It will then build a radio session for the suggestion or put it in the user’s autoplay list whenever they enter it. This new feature will apply to any song, including the tracks that are new in the market. The part will also work for the artist who wants to put some extra work to promote their ways.

Charleton Lamb of Spotify stated, “We want to be able to provide tools that help our artists leverage those moments so that they can be more in control of their success on Spotify and more in charge of their careers.”

In return for this feature, Spotify stated that it’d be paying artists a lower “promotional recording royalty rate.” However, that is when the songs promoted by the artists are played during autoplay or radio sessions. The rate paid to the artists is not made clear yet, because the feature is still in the testing phase. A spokesperson added that “the idea is for artist teams to be able to earn a positive ROI by using the tool,” also, the company would “calibrate to make sure that the widest group of artists and labels can find success.”

As to what the company’s new feature will cause, any difference with the app’s performance remains to be seen.

Intel's upcoming flagship desktop CPU, the Rocket Lake-S, the Core i9-11900K, has been spotted at the Ashes of The Singularity benchmark. According to sources,...
Read more
Apple

Apple is not only known for the manufacture of its devices but also for its customer services. The company, on every end, has uploaded...
Read more

Spotify is bringing stories mode to its App

Spotify is undoubtedly one of the most popular music streaming services available. The Swedish media streaming firm is trying to go neck-to-neck with Apple’s...
Read more
Technology

Spotify plans to acquire Megaphone with a $235 million deal

Spotify has been eyeing the podcast industry for a while now. With the Swedish media firms primary income being dependent on podcasts and advertisements,...
Read more
Technology

Spotify will soon be launching a subscription podcast service that will offer users access to original shows or exclusive episodes for a monthly fee....
Read more
Apple

The Swedish media streaming firm Spotify has released quite a few updates this year for its streaming service. We earlier saw the company releasing...
Read more

As December comes into play, we are getting a series of leak about the upcoming Ryzen 5000H gaming processors launching next month. Its been...
Read more
Technology

The newly introduced club are facing some serious difficulty in keeping up with the levels of the Hero ISL in their debut campaign. SC...
Read more
Football

Since moving to Bayern Munich from Schalke in 2018 for free, Leon Goretzka has managed to establish himself as one of the best midfielders...
Read more
Load more

With the changes brought forth in the semiconductor market due to the increasing demand for high-performing devices, Intel couldn't sit quietly and do nothing...
Read more

As December comes into play, we are getting a series of leak about the upcoming Ryzen 5000H gaming processors launching next month. Its been...
Read more

AMD had an amazing 2020 with its Ryzen 4000U mobile processors and their revolutionary RDNA 2 graphics powering the next-gen consoles. Its new Ryzen...
Read more