Snapdragon 875 gains 38% more in performance than its predecessors 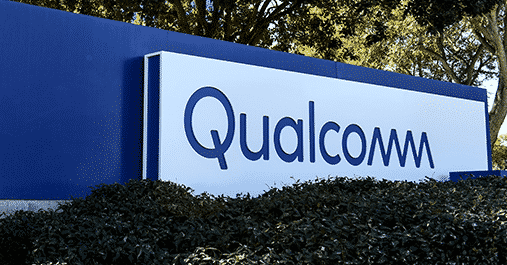 Snapdragon 875 is the upcoming flagship processor from Qualcomm. The chipset has already been leaked on several benchmark platforms and is supposed to bring Qualcomm back into the semiconductor market. The company will be holding its annual tech summit on December 1st, and yet another leak has appeared on the internet. According to the latest information, the snapdragon 875 gains an increase of 38% than its predecessors.

The processor reached an excellent score of almost 900,000, proving that the processor is not underestimated. The results have even surpassed the processor’s previous benchmark score, where it obtained an 847,868 score. The processor even crossed Apple’s A14 Bionic in terms of performance ratings.

According to sources, the fastest core on snapdragon 875 runs at the clock speed of 2.8 GHz. However, it is worth remembering that the Snapdragon 875 feature ARM’s Cortex-X1 super body. It might be the reason for the chipset scoring high results.

The snapdragon 875, when pitted against the company’s own Snapdragon 865 +, performed exceptionally well. Qualcomm’s fastest chipset, the 865+, achieved a score of 648,871 using the same benchmarking application. The Snapdragon 875 results, however, reached 899,401. The upcoming 5nm SoC from Qualcomm managed to achieve a 38% performance boost than all its previous products, and it is quite an achievement from Qualcomm.

According to sources, Qualcomm will be pairing the Snapdragon 875 with Qualcomm’s 5nm Snapdragon X60 5G modem. However, the company has not made it clear if the baseband chip will be integrated into the chipset, or it will be needed to be purchased separately.

However, the leaks and rumours are painting the new SoC from Qualcomm to be a significant competitor against Apple’s A14 Bionic. It is good news considering Apple is the only company that is currently dominating the mobile processor market. And it seems unfair that no other processor even comes close to the current champion.

We all know the famous rivalry between Intel and AMD. It is a proven fact that Intel is slowly losing its crown as the...
Read more
Technology

With the launch of the next-gen consoles, many of gamers are having a time of their life. The consoles come with major high-end updates...
Read more
Science

The management of SpaceX on Reddit have answered few of users' queries related to the company’s Starlink satellite-based internet service. Starlink is still in...
Read more

Qualcomm, Nokia, and Elisa are about to break the World’s 5G Speed record in Finland

As per a recent report, there are three companies who claim that they will break the world's 5G speed record: Qualcomm, Nokia, and the...
Read more
smartphone

Qualcomm is going to launch its latest and most powerful process at the end of 2020, the Qualcomm Snapdragon 875 chipset. This chipset has...
Read more
Technology

MediaTek MT6893, Dimensity 1000+, and Snapdragon 865 have appeared in a side by side comparison on benchmark results, and the scores are damn impressive....
Read more
Technology

The lockdown induced by the pandemic and the increasing demand for digital gaming has increased gaming industry profits. With online gaming and video games...
Read more

We all know the famous rivalry between Intel and AMD. It is a proven fact that Intel is slowly losing its crown as the...
Read more
Load more

The upcoming Ryzen 5000U APUs are real and are expected to debut at the upcoming CES 2021 with Dr. Lisa Su. Before that, we...
Read more

We all know the famous rivalry between Intel and AMD. It is a proven fact that Intel is slowly losing its crown as the...
Read more

It's been few weeks since the new Ryzen 5000 series processors have come to the market and we are seeing some records broken held...
Read more