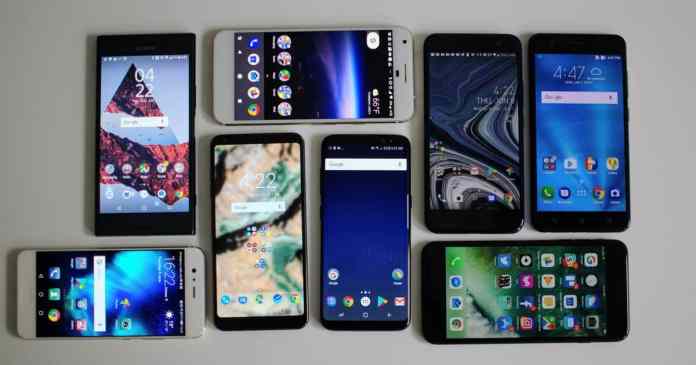 If you are a smartphone enthusiast or nurture various kinds of processors, you must know about AnTuTu. It’s basically a benchmark testing platform for smartphones. Besides, it also stores the analyzed data to cook various stat reports to know about the present smartphone market status. Recently, it published its report for the third quarter of this year.

Along with various other aspects like smartphone screen size, processor brand, RAM size, etc, there is also a stat report that shows the percentage of people using smartphones with different screen resolutions.

The stat also shows how much the consumers are concern about the screen resolution, alongside the performance, memory, and other specifications. Only around 8% part is captured by the screens with 720×1520, 720×1600, and 720×1560 resolution. Though less than that and above 1080×2400 resolution handsets are bundled in the ‘Other’ section.

Lastly, all these stats are based on the phone configuration of the AnTuTu users around the globe. The results may change when the rest of the other smartphones will be taken into consideration.

The recent technological innovations have made life much simpler for the people over the years. The world of AI, IoT and the plethora of...
Read more
News

Google recently introduced a major update of its Google Fit. No doubt, that will help users to analyze their activity details more easily. Now,...
Read more

Performance is the main factor we prioritize the most while buying any computing device, especially smartphones. Whenever you check for a smartphone to buy,...
Read more
News

Majority of the distributed phones in Q3 have a 6.4-inch screen: Report

If you are a smartphone enthusiast or nurture various kinds of processors, you must know about AnTuTu. It's basically a benchmark testing platform for...
Read more
Application

Google is blocking AnTuTu app use for data abuse blame

Hop you all know that Google removed the Chinese benchmarking tool AnTuTu from the Play Store, one of the reasons behind it was the...
Read more
Technology

Qualcomm's next flagship SoC which will launching soon, none other than the Snapdragon 865 Plus gets leaked on AnTuTu benchmark and we have a...
Read more

The U.S.- China scuffle that started all the way in 2018 has reached the point of calling it an all-out trade war between the...
Read more
Technology

Tesla is the brand known for its Electric Vehicles and the innovations it brings in that field. it is led by none other then...
Read more
Football

Indian Super League was started in 2014 with 8 teams. From the 2017-18 season, it became the top division league in India and also,...
Read more
Load more

Oppo is going to launch another of its Reno series 5G smartphone in the upcoming days, dubbed as the Oppo Reno5 Pro 5G. This...
Read more

Motorola has launched its Moto G9 Plus in Brazil back in September. But that time, the company has not confirmed anything regarding its Indian...
Read more

SOFTBANK Group is a business pioneer with its holdings stretching globally. Recently the conglomerate rose to its highest stock value in 20 years. The...
Read more

A few days ago Lenovo revealed a poster which shows the launch of a new phone just around the launch of Redmi Note 9...
Read more