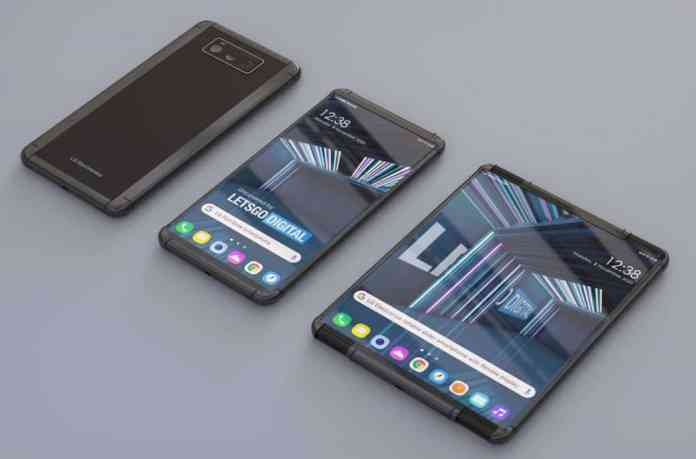 After the LG Wing announcement, the company is focusing on an upcoming smartphone, and it seems to be a rollable one. In the next year, LG will put its focus mainly on two projects of them. One of those is Rainbow, whereas the other one is the B project. The first one is expected to be a classic flagship that is expected to be launched in the first quarter of 2021. It is assumed to be a continuation of the V-series of LG. The next one will feature a rollable screen.

The B-project is considered to make this rollable display for the users. It has an “out there” design in which a part of the screen will be rolled up for compactness but will be rolled out during use for larger screen sizes.

Recently, a number of patents has been surfaced and it looks like that it pertains to Project B, that means a smartphone with a rollable display. It may not be the successor of the current LG Wing, it will be totally new one with a new design. The new document shows us that how LG is working with the flexible AMOLED to use it in the upcoming smartphone.

From those reports, we’ve got an idea of how the upcoming rollable smartphone will work. It will allow the user to pull the display outward on either side. This tech will give the screen a variable-length if we compare it to its collapse mode.

The company also indicates that display extensions can be put to different uses relative to the main screen contents. There could be a frame by frame view in the case of watching videos or switching between different camera views. As of now, the company has shown us only this amount of things. We hope in the upcoming days, things will get clearer to us.

LG laptops are always famous for being lightweight and having large displays. LG now is going to include a 17-inch variant in their Gram...
Read more
Laptop

We have already seen tech companies take the revolutionary step and launching several handheld devices with foldable screens. But none had still ventured into...
Read more
LG

LG Q63/Q83 will come with a triangle-shaped camera module

A piece of good news is coming out from LG, as the South Korean company is expected to launch another Q series smartphone- LG...
Read more
Technology

Excited about the new Xbox Series X or S and Sony PlayStation 5? Then you should definitely know that for a great gaming experience,...
Read more