Angel Gomes is justifying his move to Portugal from Manchester 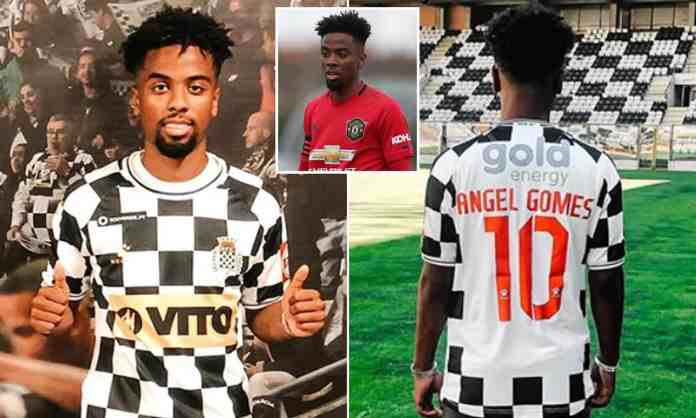 20-year-old midfielder Angel Gomes joined Lille this summer from Manchester United. After joining Lille in a 5-year deal he was sent to the Portuguese side Boavista on loan.

Angel Gomes made his premier league debut against Crystal Palace in 2017 under Jose Mourinho at the age of 16. Angel was a very exciting prospect in his time at Manchester United. His performance at the youth level made every United fan excited. But he failed to deliver while playing for the first team like Marcus Rashford, Mason Greenwood, and Brandon Williams.

Angel Gomes has very tough competition at Manchester United for his place from Bruno Fernandes, Paul Pogba, and Donny Van De Beek. Besides that, Jesse Lingard and Juan Mata were before him in Ole Gunnar Solskjaer’s pecking order.

Gomes has scored 2 goals in his first 4 appearances for Boavista. He has scored from the spot last day against Benfica after earning the penalty himself. He also provided an assist after that and his team won the match by 3-0.

After the match, Angel Gomes’s father said, “He accepted the challenge of Luis Campos to sign with Lille and relaunch his career at Boavista on loan from the French club, and now he is on the right track, he still has a lot to show.”

“Angel managed to show a path to the future by being one of the youngest to make his debut for Manchester United when the coach was Jose Mourinho, and that also helped a lot.”-he added.

Paul Pogba was also sent to Juventus in a permanent deal after graduating from the Manchester United academy. After that, he was bought again for a world-record fee. Will the same happen with Angel Gomes?

Share
Facebook
Twitter
Pinterest
WhatsApp
Linkedin
Previous articleIPL 2020: MI, DC, SRH, RCB – Which team has the highest possibility of winning the IPL 2020?
Next articleTaking a look at the six players to feature in the most Champions League seasons with a single team