Petr Cech: “I’m fit and ready to play if needed” 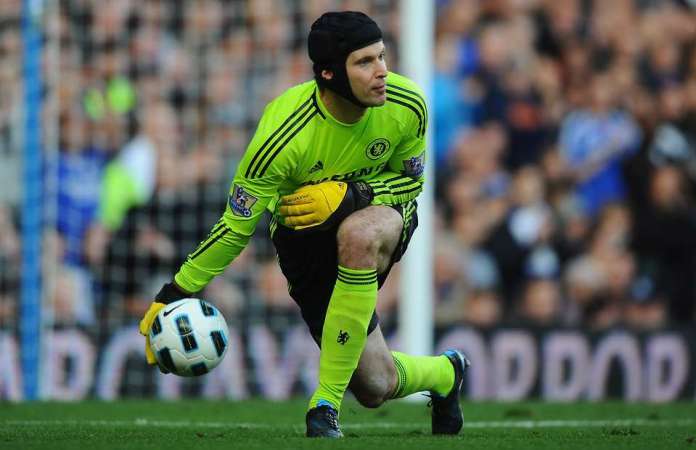 In what was one of the most shocking pieces of news to surface last month, Petr Cech came out of retirement and was included in Chelsea’s 25-man Premier League squad for the 2020/21 campaign.

After a Premier League career spanning 15 years, the keeper is still the man with the most clean sheets in the competition.

The Czech international retired at Arsenal and played his last game for the North London club in the final of the 18/19 Europa League where they lost to Chelsea.

Cech has since been given the post of a technical director at Stamford Bridge. He has also been documented working with Chelsea’s younger goalkeepers behind the scenes.

However, his ‘work’ with the likes of Kepa and Edouard Mendy has given him the confidence to put on his gloves once more if Frank Lampard needs the Chelsea legend to step in.

The reason given for Cech’s surprise inclusion into the squad was that of the coronavirus pandemic, and from a logical standpoint, it is hard to argue with that. Especially given the fate of so many clubs across Europe where 10+ players have been infected by the virus.

Speaking to Telefoot, here is what the legendary Premier League goalkeeper had to say about possibly featuring in a Chelsea starting XI this season:

“It’s true that it would have been a professional error to do this if I wasn’t at Premier League level, but that’s not the way we work here,

“I know I’m 100 per cent ready to help if needs be. I’m fit, and with the two months of training, I’ve seen I have the same quality.

“Furthermore, I rested for a year without playing football. It really gave me energy, my body recovered after playing 20 years as a professional. If the circumstances put me on the pitch, I’m ready.”

When the summer transfer window slammed shut, Thiago's signing was heralded as the greatest piece of business done by Liverpool. While the Spaniard's recruitment...
Read more