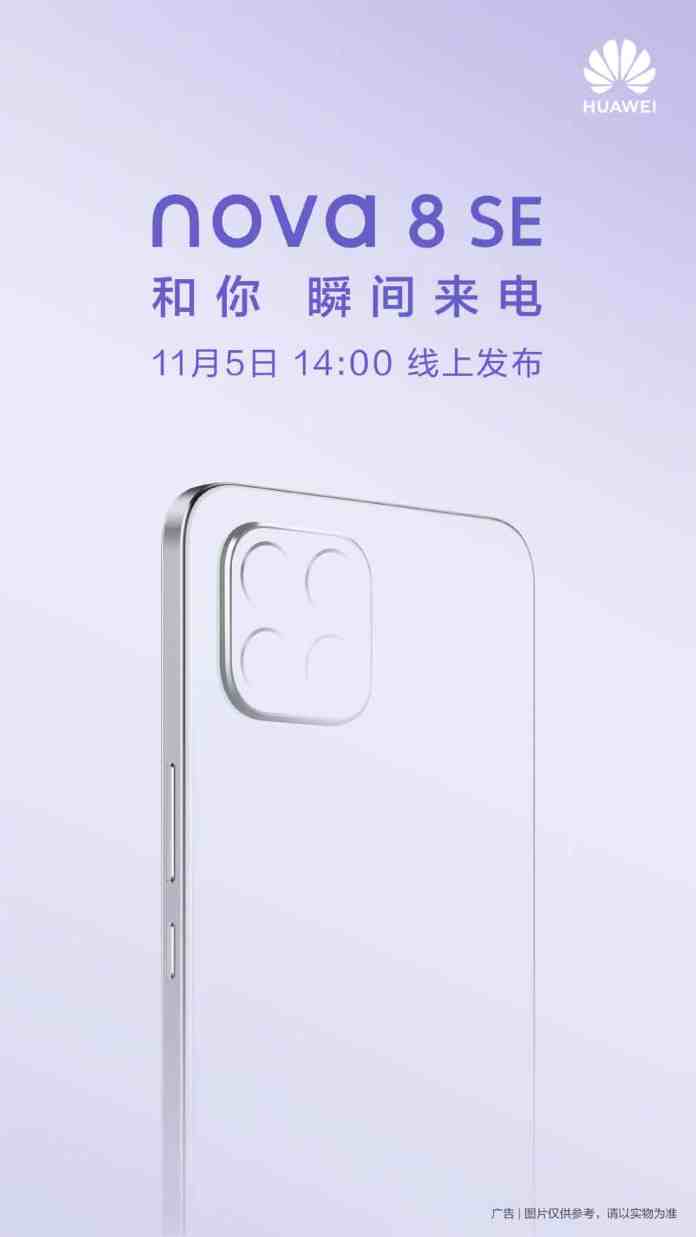 After seven months of introducing the Huawei nova 7 SE, the company has announced the Nova 8 SE will launch on September 5. However, last month Huawei has launched the Nova 7 SE 5G Youth. The nova 8 SE will be unveiled at 2 PM local time in China. Right now, we’ve got some posters about this upcoming phone, which show us some of its key specifications. Let’s check out what are those.

Regarding the camera section, the nova 8 SE is confirmed to sport a quad rear camera setup (flat frames like the iPhone 12), which includes a 64 MP primary sensor, 8MP ultra-wide sensor, and two 2MP sensors (probably macro & depth). The LED flash is spotted at the center of the camera module. The selfie camera is placed at the front under the waterdrop notch design.

Regarding the display, this phone will feature a 6.53-inch OLED FHD+ display with a refresh rate of 60Hz. This phone has an in-display fingerprint scanner. Coming to the ports and buttons, the volume rocker and the power key are on the right side. In terms of battery, the Huawei nova 8 SE will be fueled by a 3,800 mAh battery with the support of a massive 66W fast charging.

Blackview has launched its BL6000 Pro smartphone and it is said that it is the toughest 5G smartphone for its rigid chassis with its...
Read more
Oppo

Huawei to launch its Nova 8 series on for November, specifications

As per some of the tipsters, Huawei is reportedly working on the upcoming Nova 8 series and expected to be launched in the month...
Read more

Nokia 5.3 was launched back in March by HMD Global and the next version of this phone with the name Nokia 5.4 will be...
Read more

Blackview has launched its BL6000 Pro smartphone and it is said that it is the toughest 5G smartphone for its rigid chassis with its...
Read more

Oppo is going to launch another of its Reno series 5G smartphone in the upcoming days, dubbed as the Oppo Reno5 Pro 5G. This...
Read more