Former Barcelona manager Quique Setien to Lionel Messi: “If you don’t like what I say, there you have the door” 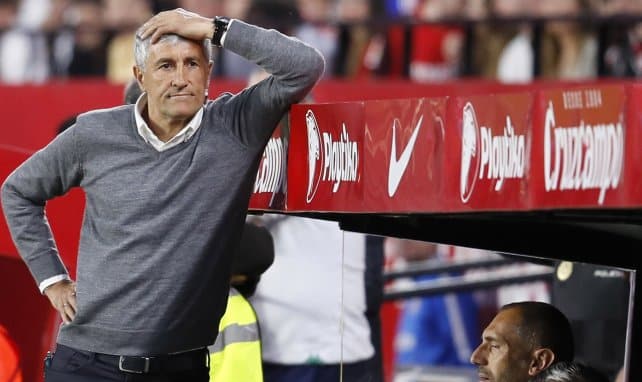 Lionel Messi and controversy with FC Barcelona is a hot topic in the last few months. From his decision to leave the club to his interview against the club board & finally changing his decision to stay at the club clearly shows his problem with the club.

Now ex-Barcelona Manager Quique Setién has burst out against the 6 times Ballon D’or winner and questioned his attitude. He said, “Messi is difficult to manage. Who am I to change him!”

“He is very reserved but he makes you see the things he wants. He does not talk much. Yes, look, look …”- he added.

Quique Setién was describing a dressing room talk between him and the Argentinian following the club’s 2-2 draw at Celta Vigo near the end of last season.

In the dressing room, Quique Setién was addressing every individual about their mistakes. But Lionel Messi did not like the tone of the former Barcelona manager to some of his experienced colleagues.

In the end, the discussion was over with some rude words from Setién. He said to Messi, “If you don’t like what I say, there you have the door.” After that Lionel Messi didn’t say a word and ended the conversation with a smile.

In that same match, Messi was seen to ignore the words of the assistant, Eder Sarabia, during the hydration back.  Setién also said that he had faced the same problem with Luis Suarez at his time in Barcelona.

Manchester City head coach Pep Guardiola has stated that he is not looking to make any signings in the January winter window in the...
Read more
Football

One of the long-running sagas of the 2020/21 summer transfer window, was Eric Garcia to Barcelona. Manchester City had bought the youngster for a...
Read more