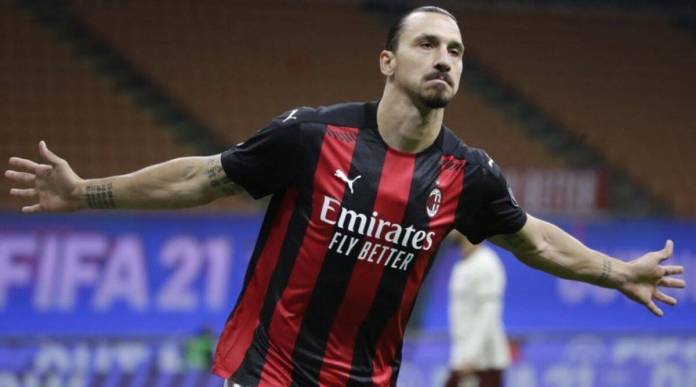 Some players just age like fine wine on the football pitch. And rest assured, Zlatan Ibrahimovic is one of them. The mercurial 39-year-old Swedish striker just about showed all his younger teammates and the world, why he is still one of the best in the business.

With his double against Udinese, he is now top of the charts of the Serie A Golden Boot with 8 goals. This has also largely helped Milan sit at the top of the table now with 16 points after four wins in their first six games of the league season. Against Udinese in the weekend, he struck a beautiful bicycle kick and scored a goal in their 2-1 win on Sunday.

In addition to those 8 goals, he has also chipped in with 2 assists as well. That has seen him get involved in the team’s 10 goals over the last 7 appearances and in addition, has also made a mark in every Serie A appearance this season.

All this coming from a footballer who would normally have retired and taken up coaching or broadcasting duties somewhere as part of a relaxed life. But then again, Ibrahimovic is no normal footballer, is he?

Zlatan has had a stellar career, since first making his name with Malmö as a young 18-year old teenager. After that, he went onto have success with the likes of Juventus, Inter Milan, Barcelona and Paris Saint Germain. He had previously made over 75 appearances for AC Milan between 2010-2012, during which he lifted the Serie A and Supercoppa Italia.

And in what could be his final few golden years, he is showing all the young aspiring footballers of this generation that if you have the right fitness levels and mindset with determination, you can always last longer to go the distance. Because after all just like he says, “Lions don’t compare themselves with humans”.

AC Milan have made a tremendous start to the season, sitting on top of the Serie A league table with 20 points from their...
Read more
Football

Manchester City finally got their league campaign underway in the real sense of the word, as they smashed Burnley 5-0 yet again at the...
Read more
Football

Manchester City head coach Pep Guardiola has stated that he is not looking to make any signings in the January winter window in the...
Read more

AC Milan have made a tremendous start to the season, sitting on top of the Serie A league table with 20 points from their...
Read more
Football

Zinedine Zidane's Real Madrid return to San Siro tonight for the first time since their Champions League victory in 2016. Facing Inter at their...
Read more

Barcelona's weekend outing against Osasuna resulted in a 4-0 victory in favour of the hosts. Martin Braithwaite opened the scoring for the Catalonians in...
Read more
Load more

Gerard Pique dreams of being Barcelona President one day

Gerard Pique is one of Barcelona's most loyal players. The player came through the ranks at La Masia and was eventually moved on to...
Read more