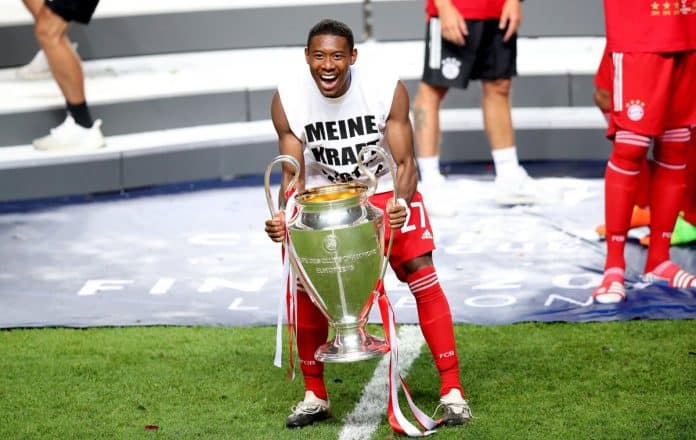 David Alaba has been an important part of the Bayern Munich team for the last decade. He joined their academy in 2008 from Austria Vienna and has been at the club for 12 years.

But things have taken a wrong turn. It seemed that Bayern and Alaba would agree to a deal soon, it was just a matter of time. But recent reports suggest that Bayern have pulled out of the contract negotiation.

The 28-year-old’s current contract with the club ends next summer but Bayern and Alaba have failed to reach to an agreement. If these reports are to be deemed true, then Alaba can sign a pre-contract agreement with any club in January, when the transfer window reopens.

Bayern president Herbert Hainer was quoted by BR24Sport broadcaster as saying: “We made a very good offer to David and his advisor a long time ago. We negotiated for months […] and last time told David’s advisor that we wanted to have clarity by the end of October.”

Hainer continued: “We haven’t heard anything until yesterday – our sports director Hasan Salihamidžić then actively checked with the consultant again.”

“The answer was that the offer is still unsatisfactory and that we should think further.”

“We then decided to take the offer off the table completely – that means there is no more offer.”

David Alaba expressed his disappointment at the salary figures reported in the media regarding ongoing contract extension negotiations.

The 28-year-old said during a press conference: “I would’ve liked internal stuff to stay internal. If I’m portrayed like this, which is not true, I can understand the fans’ reactions. The figures that have been mentioned are simply not the truth. I was disappointed and hurt that they were not denied by the officials.”

“I’m a player who really enjoys playing for Bayern Munich. I feel very comfortable and happy to be part of this team. After yesterday evening, I can’t say how things will look in the future. Nobody has spoken to me officially.”

This is an unfortunate incident as Alaba was an important part of the continental treble winning Bayern team. There are many top European clubs who are interested in the Austrian international. It remains to be seen where he will be heading in 2021.