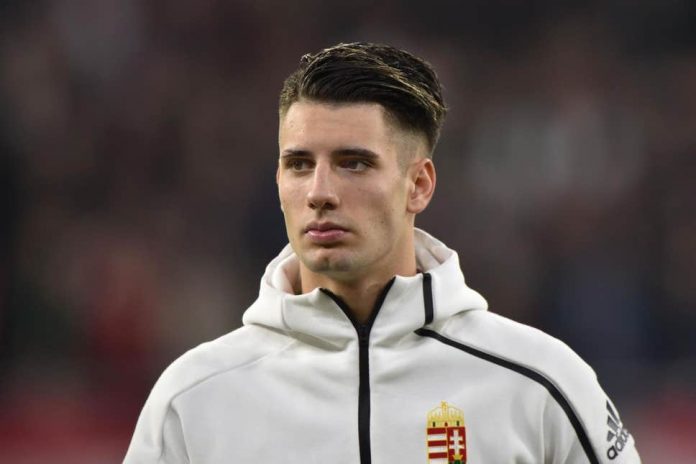 Manchester United is ready to make its midfield stronger. After signing Bruno Fernandes last January from Sporting Lisbon and Donny Van De Beek in the summer from Ajax, now they are interested to sign 20-year-old young Hungarian midfielder Dominik Szoboszlai from RB Salzburg in a value of €30 million.

The young midfielder is highly talented and also termed as ‘Next Kroos’. Manchester United boss, Ole Gunnar Solskjaer is happy with the young prospect.

He joined RB Salzburg in 2018. In his 71 appearances for the Austrian side, he has already scored 22 goals. He has scored against Atletico Madrid last week in the UEFA Champions League tie. Though his team has lost, he has caught the eye on that match as well. He was also the player of the season in the Austrian Bundesliga last season. He has also represented his country 10 times scoring 2 goals as well.

Dominik Szoboszlai also plays as a left midfielder. In Manchester United, there has been a lack of quality without Marcus Rashford. Daniel James was not so dependable. Some reports say that he may leave the club as well next summer if he fails to perform this season as well.

Manchester United has already contacted RB Salzburg on a potential move. But Arsenal is also interested in the young midfielder and ready to hijack the deal as well.