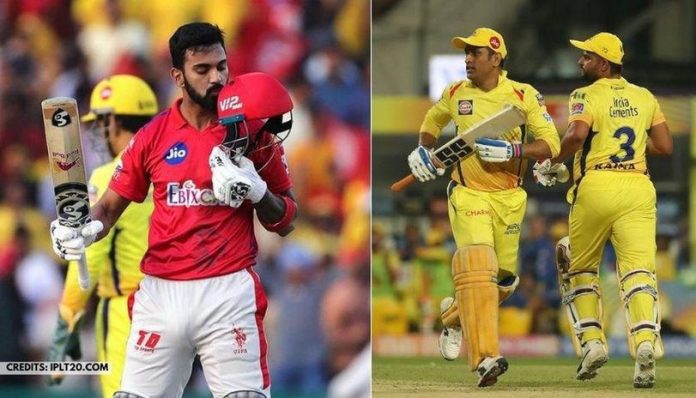 The Super Sunday will begin with a fun match as Chennai Super Kings will take on the Kings XI Punjab.

CSK is obviously out of the tournament, however, they can make it difficult for other teams and especially the Kings XI Punjab who are badly looking for a win. They’re coming off an impressive win against the Kolkata Knight Riders.

Kings XI Punjab will have to win this match elsewhere they’ll be eliminated out of the tournament. KXIP is coming off a disappointing loss against the Rajasthan Royals.

CSK is playing for pride. They’re testing some lesser-known players and having fun with the process which paid dividends in their last two matches. They defeated a super-strong Royal Challengers Bangalore and Kolkata Knight Riders.

Youngster Ruturaj Gaikwad scored two consecutive match-winning fifties opening the inning. He was well complemented by Ravindra Jadeja and Ambati Rayadu in the last match. Bowling was good as well with Lungi Ngidi and Sam Curran being amongst the wickets.

Even though they lost their last match, they performed really well. KXIP has been in great form. They were at the bottom of the points table, however, winning four matches has them in contention for the number 4 spot.

However, the injury of Mayank Agarwal has been an issue. Their top-order has therefore looked inconsistent, however, Chris Gayle and Mandeep Singh have been changing that narrative. Pooran has looked good in the middle order but should get more support from Maxwell.

CHRIS GAYLE (9) (C) – Gayle scored a phenomenal 99 against RR. He has been fairly consistent despite being on the sidelines for the majority of the tournament. He’ll be our captain.

KL RAHUL (11) – Rahul has been extremely consistent in this IPL. He has been a run machine and will be our captain.

NICHOLAS POORAN (9.5) – Pooran has been consistent in this tournament but he’ll have to convert starts into a bigger inning.

AMBATI RAYADU (9) – Rayadu has shown some glimpses of form.

SAM CURRAN (10) – Sam Curran has bowled consistently this IPL. He also scores crucial runs in the lower middle-order. There are chances that he can be promoted as well.

RAVINDRA JADEJA (9) – Jadeja has been in great form with the bat. He has been giving CSK the punch they always needed. He can be useful with the bowl as well.

MOHAMMED SHAMI (9) – Shami has been in great form and has always been among the wickets.

RAVI BISHNOI (8.5) – Bishnoi had lost his form midway through the tournament but has regained it.

CHRIS JORDAN (8.5) – Jordan has been in good form as well and has been picking up important wickets especially in the death overs.

KARN SHARMA (8) – Karn Sharma has capitalized on each and every chance he has got.

KXIP has been really good in their last four matches. CSK has shown good results, however, consistency has been an issue for them. Kings XI Punjab will therefore defeat the Chennai Super Kings.

IPL 2021 – CSK vs RCB: Fantasy XI team, prediction and how to watch the match live in India?