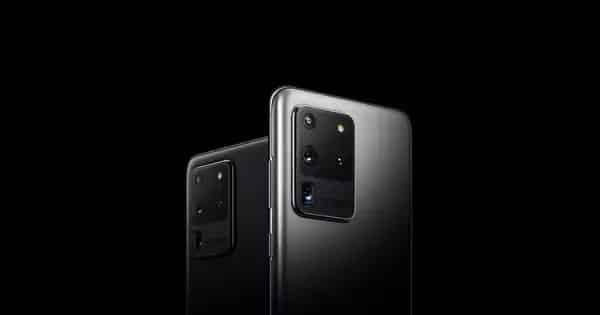 After the Galaxy S20 series launch, we have got a lot of rumors and leaks regarding the upcoming S21 series of Samsung. Starting from the design and display to the camera setup, there is a leak out there for everything. A couple of days ago, we reported that the rear camera module of the upcoming Samsung Galaxy S21 Ultra would sport two telephoto lenses.

Now, as per some of the recently leaked renders, Galaxy S21 Ultra will feature a Penta rear camera setup. The interesting thing is, S21 series is going to be the next flagship series of Samsung. Now in terms of any flagship series, we have seen that companies use fewer camera sensors on its back, like a maximum of three cameras at a time.

That’s what we’ve seen in the previous flagships of Samsung. It is quite interesting that in a flagship segment, Samsung will use five-camera sensors on its rear module.

We don’t have any clearer information about what will the ultimate five sensors to be used by the company. If we take the previous leaks that it will hold 2 telephoto lenses, one must be the primary sensor. Then the other two sensors are expected to be a macro and a depth sensor. But the company hasn’t confirmed anything about this.

Another report says that Samsung is working on a brand new ToF sensor, which will debut in the Samsung Galaxy S21 Ultra. As of now, everything is a rumor. We have to wait for more to clarify these things.

This phone is expected to be powered by an Exynos 2100 SoC chipset, which is definitely an improvement. In terms of the display, the Galaxy S21 Ultra will feature a slightly curved display. We are not quite sure whether this phone will feature a 120Hz display or not. In terms of the pricing, the Galaxy S21 Ultra will cost around US$1,300 (expected).