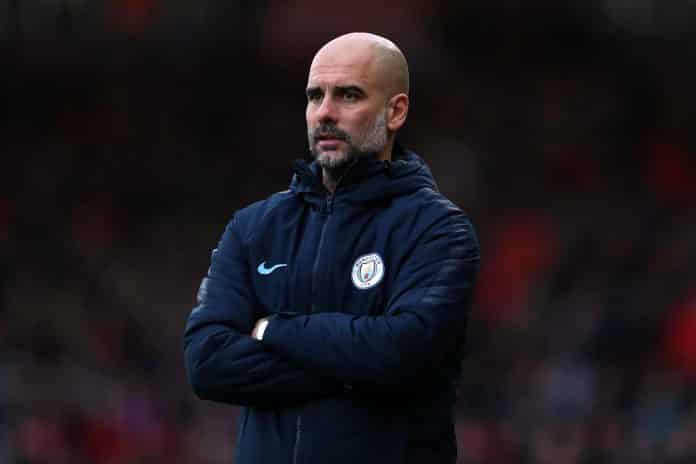 Both Manchester City and Barcelona fans were keeping an eye on what Pep Guardiola had to say given that he has a contract with his current club until the summer of 2021.

Pep had already expressed an interest in renewing his deal, but only if the squad are able to reciprocate to his methods and tactics. And after Barcelona presidential candidate Joan Laporta stated that he had a desire to bring back their former manager to the club, Guardiola has moved to quash that suggestion.

The Catalan head coach is quoted as saying, “I’m delighted to be in Manchester. Hopefully, I can do a job this season and stay longer.”

For Barcelona fans, this would come as a bit of a blow considering their former manager brought a dominant period of success between 2008 – 2012. And although current manager Ronald Koeman is doing decently well, there is still a longing of bringing back Pep Guardiola. Even more so, considering their club captain Lionel Messi has declared his unhappiness of the way things are being run at Camp Nou.

On the contrary for City fans, this would come as a delightful surprise. It would be safe to say that collectively they want someone like Pep to retain the squad he has built and keep challenging for top honours. But that being said, the expectation is that with all that backing, there is no reduction in the level of performances.

What now remains to be seen, however, is how Guardiola responds in the time to come ahead. He would require a job somewhere, so for the sake of himself and City, the decision needs to come sooner.

Man City are currently stuttering a little in the Premier League, although it has been a different story in the Champions League where they have now won two out of two. City next take on Sheffield United, and should they win that game will go up into fifth place after their worst ever start to a league season since 2014.