Nvidia is planning to release a new SKU with CUDA core: leak 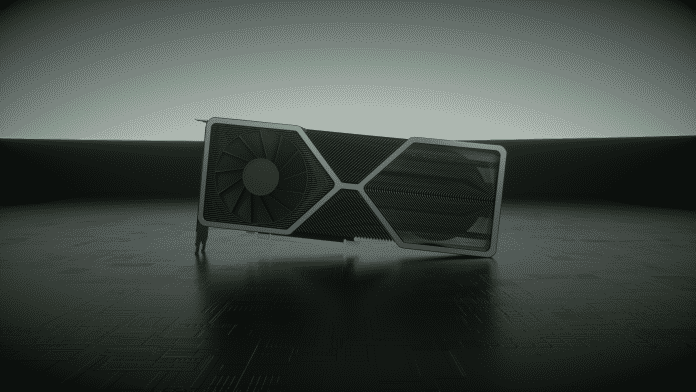 We already know that Nvidia is planning on releasing new GPUs in the market. But the details on the much-awaited GeForce RTX 3000 series is not known. The company has just sent the specifications to its OEM partners because they are expected to outperform the famous RTX 2000 series.

The leaker Kopite7kimi has released details about the cards GeForce RTX Ampere series, and now he has leaked alleged new SKU details. The information provided by the sources claims that the new SKU will fill the performance gap between the RTX 3080 and RTX 3090 processing cards.

According to sources, the new card will feature 9984 CUDA cores, which are 1280 cores more than what RTX 3080 is offering. The leaker also reports that the GPU variant on this SKU is the GA102-250. The memory configuration is also updated to a 384-bit bus, not to mention that the RTX 3080 only has a 320-bit bus. Having a wider bus means that the card will feature either 12 GB or 24 GB capacity.

The name of the new graphics card or any other species is not confirmed as of now. But according to sources, NVIDIA is also planning to release a new GA102-150 model that will feature 7424 CUDA cores and will most likely be codenamed RTX 3070 Ti.

We have already seen various sources about NVIDIA’s RTX 30 series, and most of these leaks have been proven trustworthy. Remember the performance leak of RTX 3080 Ti? Similarly, it is advised to take this new leak with plenty of water, but a new SKU whose performance surfaces of RTX 3080 will be quite famous among gamers.

Nvidia’s biggest rival, AMD, is already leading the race both in the graphics card market and in the Processor manufacturing market. Nvidia needs to up its game to maintain its dominant position in the market.