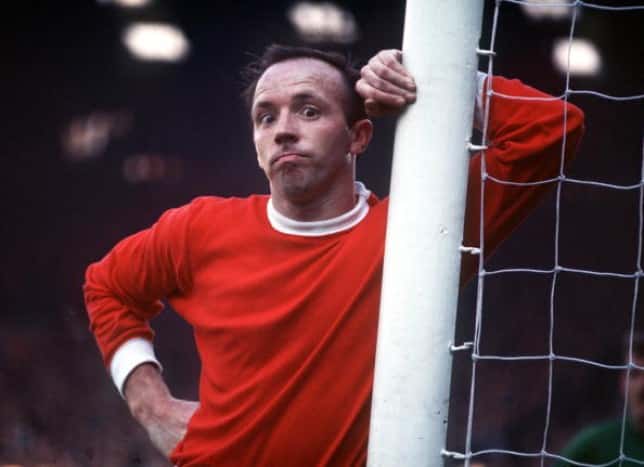 It is a sad day in England, as World Cup winner and Manchester United player Nobby Stiles has passed away at the age of 78.

His family confirmed the difficult news on Friday evening. The reason behind his passing has been reported as a longstanding battle with prostate cancer and dementia.

The statement released by the Stiles family reads as follows:

“The Stiles family are sad to announce that Nobby Stiles passed away peacefully today (30/10/2020) surrounded by his family after a long illness.”

“The family kindly ask for privacy at this sad time.”

The former England international managed to earn 28 caps for the three lions and impressively, played every single minute of England’s 1966 World Cup victory, operating in the heart of the park. In his 28 appearances, Stiles only scored 1 goal for England.

Popularly dubbed as the “Toothless Tiger” due to his appearance, Stiles most famously played for Manchester United but also represented Middlesbrough and Preston North End towards the end of his ball-playing days.

He made almost 400 appearances for the Red Devils and acquired a European Cup and two First Division trophies to his name.

Support has been pouring in from all of his compatriots, along with Manchester United players and fans who had the pleasure of looking up to and seeing the player in action.

Sir Geoff Hurst, whose hat-trick helped England to victory over West Germany in the 1966 final, paid a glowing tribute to Stiles.

“Hugely sad to hear Nobby has passed away,” he wrote on Twitter.

“We were playing together way back for the U17s, U23s, and of course, for England, in fact, it was my first cap when Nobby scored, I think he was wearing No. 9!

“Great character, and the heart and soul of the team, he will be sorely missed.”