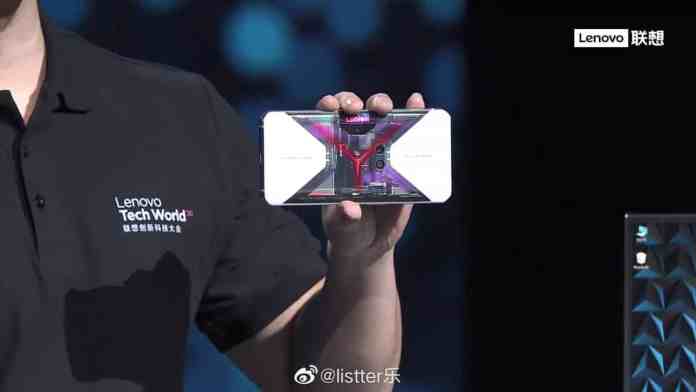 As per reports, Lenovo has recently unveiled the transparent edition of the Legion Pro gaming flagship smartphone. This is an interesting thing to look out for. As it is a transparent edition, the user can now see through the phone’s internal components from the rear side.

This Legion smartphone has an X-shaped design on its back. In this edition, the company has made that X-shaped part transparent by which the user is allowed to peek at the components inside the phone.

It is not only the only thing that makes this gaming flagship different from the others. You can not find the rear camera setup of this phone on the backside, whereas this phone camera is side-mounted. When you will on the camera, it will pop up from the smartphone’s side, which is pretty fancy and interesting as well. In the regular version of this phone, the camera is normally out of sight. But as it is a transparent version, the mechanism can be viewed in action.

As of now, Lenovo has just unveiled the special transparent edition. The company did not confirm anything when this phone will get launched and available for its users. The pricing is yet to be announced as well by Lenovo.

But some rumors are there in the market that Lenovo will launch the transparent version of the Legion Pro Gaming Flagship at the upcoming Singles’ Day festival in China. We hope the company will reveal more information regarding this phone before its launch.