Bruno Fernandes is the backbone of Manchester United 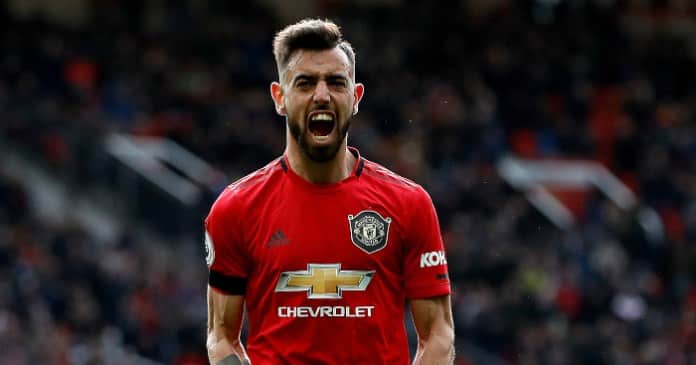 Bruno Fernandes is often highly criticized for his lack of goals from open play, without penalties. Rival fans troll him multiple times. But that is not what he deserves.

Bruno Fernandes joined Manchester United in January. He has an instant impact on the team’s performance. After joining Manchester United, the Red Devils were unbeaten in the league last season since January to the end.

The Portuguese midfielder has been always in the good book of his manager Ole Gunnar Solskjaer as well.

United boss earlier said in an interview: “He is a goalscoring and assisting midfielder, a little bit like Paul Scholes. He can strike a ball fantastically.”

“He has got such a wonderful technique, but he also is going to get assists from set plays and from his range of passes. He is a similar type to Scholesy: fiery, passionate, hates losing, and the same number [18] on the back of the shirt.”

In a recent statistic, it showed how good Bruno is as a creative midfielder. He is just behind Manchester City’s Kevin De Bruyne to provide forward pass/90 minutes.

Manchester United team certainly knows Bruno’s quality very well as he has been an influential figure at Old Trafford. He is surely one of the best midfielders in the league.