Intel release fresh reports on its Cypress Cove based processors 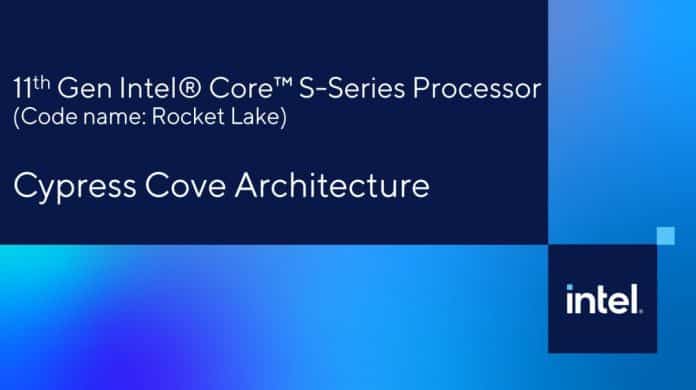 Intel has stated that it will “push the limits of performance with IPC gains and the frequencies necessary for gaming, content creation, and multitasking.” As to what clocks these chips can attain remains to be seen. And whether they will be able to really deliver on the double-digit percentage IPC improvements over Comet Lake-S is also a question we need to ask.

The GPU part will be a Tiger Lake Xe part. Rocket Lake Xe iGPU easily scores 1,900 points in 3DMark 11. The company reports that the new UHD Graphics in Rocket Lake-S will be about 50% faster compared to Gen9.

According to sources, Rocket Lake will see the launch of a new 500-series chipset. The Rocket Lake platform will offer up to 20 PCIe Gen4 lanes from the CPU. The platform will also integrate USB 3.2 Gen2x2 and offer speeds up to 20 Gbps. Reports claim that the Cypress Cove will increase default memory controller speeds up to DDR4-3200 compared to Comet Lake-S’s DDR4-2933.