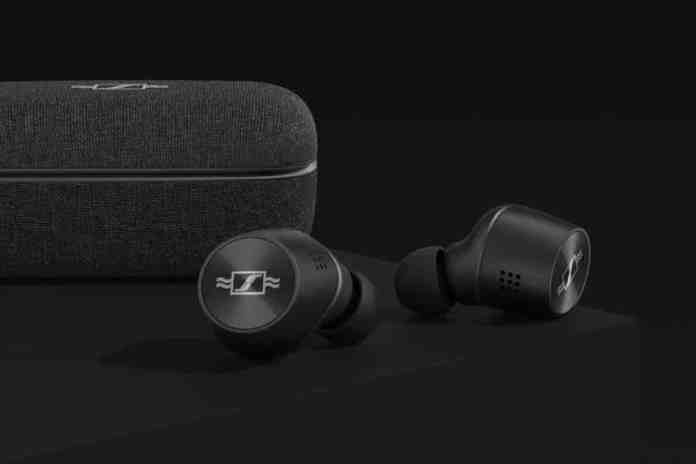 Finally, Sennheiser Momentum True Wireless 2 Anniversary Edition has been launched in India. The company is celebrating its 75th anniversary. That’s why Sennheiser has launched these new, truly wireless (TWS) earbuds. It comes in an all-black design with the beautiful Sennheiser logo. The regular model of this device launched in India back in June comes with a metallic back on the earbuds, with the new Sennheiser logo. Now, let’s get into the specifications and the pricing of that device.

First of all. Let’s talk about design. As mentioned earlier, the Sennheiser Momentum True Wireless 2 Anniversary Edition comes in an all-black design, which is different from its regular variant, and it looks premium as well. You can find Sennheiser’s original logo on top of the earbuds and also on the charging case. Apart from it, all the specs are quite similar to the original variant.

The Sennheiser earbuds feature 7mm audio drivers, supports stereo sound with active noise cancellation. The built-in battery of the earbuds can last for seven hours, and if you use it with the charging case, it will last up to 28 hours. Regarding the sound quality, if you are a music lover, you’ll love its deep bass, natural mids, and detailed treble. You can also control your music with a built-in equalizer provided in the device (to be controlled with the Sennheiser Smart Control app).

You can also customize the touch controls for the audio and calls, and the voice assistant facility is there as well with the touch controls. This device has a smart pause feature. With this feature, you can pause the audio when either earbud is taken out from the ear. Moreover, these earbuds support aptX Bluetooth codec, which gives an improved wireless audio transmission.

Coming to the pricing, the Sennheiser Momentum True Wireless 2 Anniversary Edition carries a price tag of Rs. 24,990 in India. You can now buy it through the Sennheiser India online store.