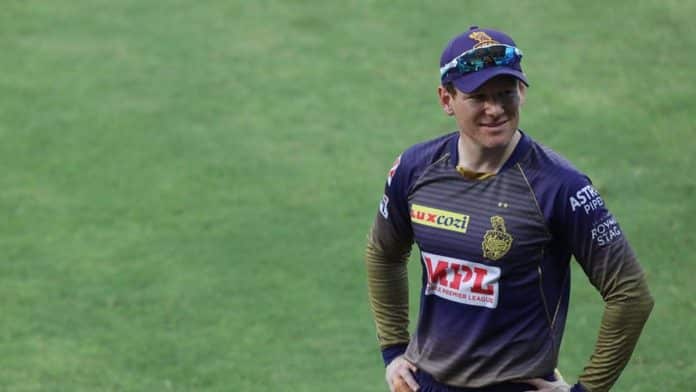 Match 49 of the Indian Premier League (IPL) 2020 will feature a fun matchup as Kolkata Knight Riders will take on the Chennai Super Kings.

CSK is obviously out of the tournament, however, they can make it difficult for other teams and especially the Kolkata Knight Riders who are badly looking for a win.

KKR has slipped to the number 5 spot after losing a pivotal match against KXIP. They’ll have to win both of their matches to solidify a spot into the playoffs. Even if they lose one, they’ll have to depend upon the net run rate and other teams.

Batting has been a key issue for KKR and it’s high time they address that. The top-order has failed to deliver consistently. Nitish Rana who scored a match-winning inning the match before that failed. Rahul Tripathi who showed potential earlier on is struggling. Dinesh Karthik has been struggling as well. Skipper Eoin Morgan tries his best but fails to get any type of support from others.

As per bowling is concerned, it has been good with Pat Cummins, Lockie Ferguson, and Varun Chakravarthy. However, batsmen will have to give them something formidable to defend.

CSK, on the other hand, is playing for pride. They’re testing some lesser-known players and having fun with the process which paid dividends in their last match. They defeated a super-strong Royal Challengers Bangalore fairly easily. Youngster Ruturaj Gaikwad scored a good fifty opening the inning. He was well complemented by Faf du Plessis and Ambati Rayadu. Bowling was good as well with Deepak Chahar and Sam Curran always being amongst the wickets.

SAM CURRAN (10) (C) – Sam Curran has bowled consistently this IPL. He also scores crucial runs in the lower middle-order. There are chances that he can be promoted as well. He’ll be our captain.

EOIN MORGAN (9.5) (VC) – Skipper Eoin Morgan has been the lone warrior for his side as per consistency is concerned. He’ll be our vice-captain.

SHUBMAN GILL (9.5) – Gill hasn’t been in good form but he certainly has the potential to score big.

MS DHONI (9) – MS Dhoni has shown a fair bit of consistency and big-hitting in the middle-order.

NITISH RANA (8.5) – Rana scored 81 runs off 53 balls against DC. He can replicate these performances while opening the inning.

AMBATI RAYADU (9) – Rayadu has shown some glimpses of form.

RAVINDRA JADEJA (9) – Jadeja has been in great form with the bat. He has been giving CSK the punch they always needed. He can be useful with the ball as well.

VARUN CHAKRAVARTHY (8.5) – He took an impressive 5-wicket hall against DC.

LOCKIE FERGUSON (8.5) – Ferguson is known for picking up wickets in the middle overs. His raw pace is very effective in UAE pitches.

KKR still don’t have any momentum going forward unlike other teams like KXIP, RR, and SRH. Without any momentum, it can be tough to perform under tight situations like these must-win matches. Therefore, Chennai Super Kings will defeat the Kolkata Knight Riders.