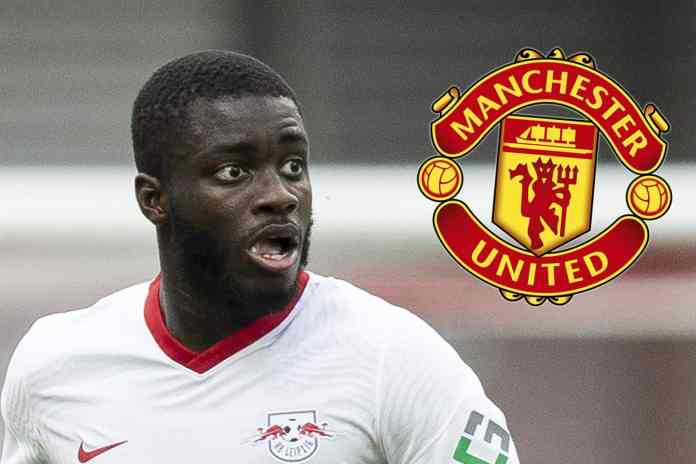 Manchester United was linked with Dayot Upamecano in the last summer transfer window. But they failed to sign the French defender. Dayot Upamecano has also signed a new contract with RB Leipzig which will make him stay in Germany till 2023.

But Manchester United is ready to splash some cash to sign the highly rated and highly talented young French defender Dayot Upamecano. Manchester United faced some problems defensively last season. They have conceded some goals for their own foolish mistakes last season. To make their defence better, they have signed Alex Telles from Porto this summer.

But there was no reinforcement in the centre-back position. Chris Smalling has left the club in the summer and joined AS Roma in a permanent deal. The poor form of Harry Maguire, Victor Lindelof, injury problem of Eric Baily, and Axel Tuanzebe is causing Manchester United multiple problems. Ole Gunnar Solskjaer will surely go for a new defender next summer. Dayot Upamecano is his top priority.

“I have always tried to respect that they are players for other teams. I don’t want to comment on every player that we’re linked to, but seeing as he’s playing against us tomorrow, I know he’s a very good player. We can see him up close tomorrow.”- he added.

Upamecano will be excellent addition in the Manchester United squad at just around £40m. But United’s transfer policy has been strange off late so it will be interesting to see how this transfer saga goes.