What is going wrong with Real Madrid’s Champions League campaign? 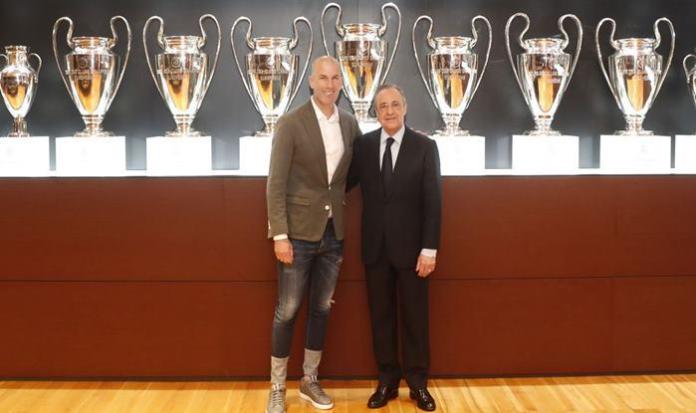 Once the conquerors of the world, Real Madrid have been a shadow of their former selves since the departure of Cristiano Ronaldo from the Spanish capital.

Despite managing to win their 34th league title last season under Zinedine Zidane, Los Blancos have struggled to make an impact in the Champions League, a competition that Zidane himself won with Real Madrid three times in a row.

However, it must be kept in mind that Real Madrid are a very different team today than they were in 2018. Sure, many of the same faces are there, but without the attacking threats of the likes of Ronaldo and Bale on either wing, the offensive output has taken a hit.

But that isn’t the only reason why Real Madrid have endured a poor Champions League campaign in recent years.

Consecutive defeats to Manchester City in last season’s quarter-finals and opening the 20/21 season with a defeat to Shakhtar Donetsk at home, Real Madrid had lost three of their four last games in the competition.

Last night, they looked like making it 4 in a row, but late goals from Casemiro and Karim Benzema saved the day for the 13-time Champions League winners.

Borussia Mönchengladbach were unlucky to not beat their opponents on the day but would be happy to settle for a point against their toughest opponents in the group.

Real Madrid have transformed into one of the most defensively compact teams in Europe. The proof lies in the fact that they conceded the least amount of goals in the league last season.

Could it be that the Real Madrid squad have become over-confident in their abilities?

Could it be that Karim Benzema needs more support up front to deliver the goals that Madrid need?

Questions are being asked of Zinedine Zidane and his current run at Real Madrid, and those questions need answering soon if Real are to progress to the knockout stages of the competition.

This is because even a Europa League drop would be shameful for the 13-time Champions League winners and the quality of their squad.