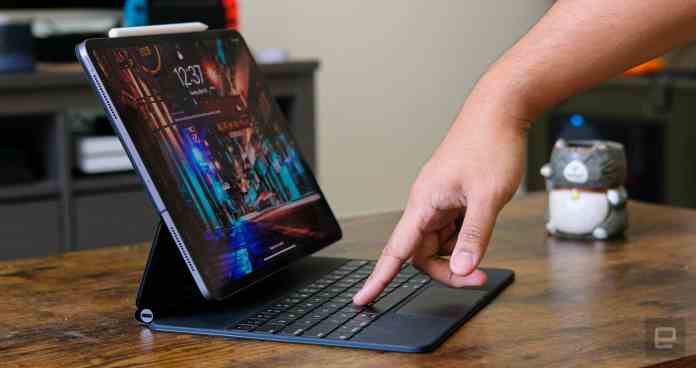 We already know that Microsoft is in the works of revamping the looks of all of his apps. With bing search engine receiving a new icon and a new UI for Teams being reportedly in development, the Windows maker is reportedly trying to make its software more dominant and acceptable to the public.

According to sources, Microsoft is bringing mouse and trackpad support to its office apps running on iPad devices. Earlier Microsoft promised to update its Office iPad apps, and the company delivered on its promise. As of now, updates for Word, Excel, and Powerpoint are available on the App Store.

The update brings a significant new feature for Office on iPad. Users can now use the built-in trackpad on Apple’s Magic Keyboard, which was impossible until now. The trackpad can be used to navigate around photos, text, and other objects in Microsoft’s Word, Excel, and Powerpoint. The cursor feature is also context-aware and can highlight text in word and supports resizing images and charts in PowerPoint, and can be used to select multiple cells in excel. The feature is almost similar to that of Office in Mac.

Microsoft is also bringing its Fluent UI to office apps on iPad devices. The new UI adds an updated ribbon of feature menus and a refreshed start screen for word, excel, and PowerPoint.

The software maker has promised to deliver more updates for its Office apps in the future. The company is reportedly working on bringing multiple document support to its Excel app and better contextual menus and support for offline cloud files.