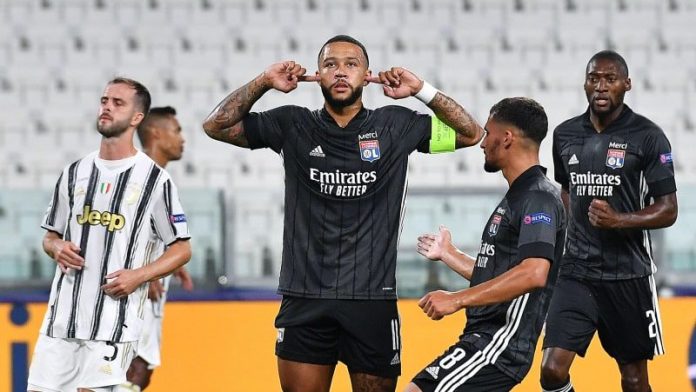 New Barcelona manager Ronald Koeman has been an admirer of Lyon striker Memphis Depay for a long time. He wanted to bring the Netherlands international at Camp Nou but Barcelona couldn’t reach an agreement with Lyon in the summer transfer window.

It was reported that Barcelona have already had personal terms agreed with Depay and he would join the Catalan club in the winter transfer window.

Now, an interesting rumour has come up recently. Lyon want a straight swap with Griezmann and Depay. But the market valuations of both the players are hell and heaven difference. Griezmann is valued at upward of 100 million euros whereas Depay is valued around 20 million euros.

Aaccording to Okdiario’s chief pundit Eduardo Inda, while speaking on El Chiringuito: “(Barca coach Ronald) Koeman has disappointment and sadness with Griezmann. He is a great player, but in recent times he has been plummeting,”

“The first thing the coach did is that you had to bet on him, but now he feels disappointed. He would like to sell him or give him away in the winter market and Lyon would be willing to take him.”

“If Griezmann goes to Lyon in January, Depay would come to Barcelona, in an exchange at zero cost.”

“At the end of the season, if Lyon or the club that comes want to keep him, they should pay Barcelona for the player. In addition, (president Josep Maria) Bartomeu wants to sell him to balance the accounts.”.

It seems to be a bit odd given the market values of both the players. But one thing that is sure is Barcelona’s interest in Depay so it may not be surprising if the Griezmann-Depay swap deal happens just like the Arthur-Pjanic swap deal happened.

Antoine Griezmann has been silent since his presentation as a Barcelona player a season and a half ago. However, people have been harsh critics...
Read more
Football

Barcelona hasn't been doing well on the field this season. They recently lost 1-0 to Atletico Madrid courtesy Carrasco's brilliance and Ter-Stegen's error. The Catalans...
Read more

Diego Armando Maradona passed away yesterday after suffering a cardiac arrest at the age of 60. The incident happened less than two weeks after...
Read more
Science

The management of SpaceX on Reddit have answered few of users' queries related to the company’s Starlink satellite-based internet service. Starlink is still in...
Read more
Technology

Well, the hype is actually there as AMD is going head-to-head against NVIDIA this time with its new Radeon RX 6000 series GPUs. AMD...
Read more
Gaming

Diego Armando Maradona passed away yesterday after suffering a cardiac arrest at the age of 60. The incident happened less than two weeks after...
Read more