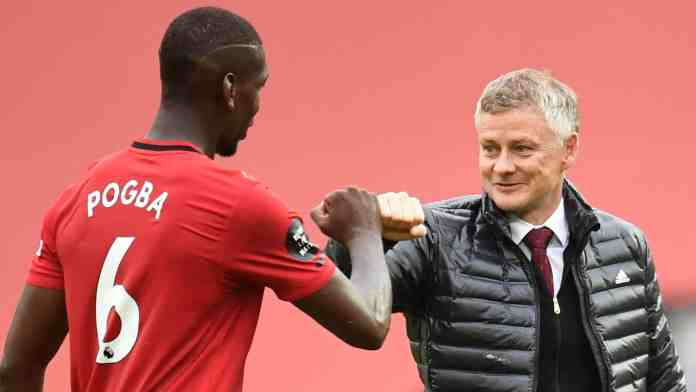 Paul Pogba is one of those world-class players whom United currently has in their squad. He is a match-winner when he is in form.

Pogba was out of the first XI in the last few matches for Manchester United. But he was brought on as a substitute. His cameo against Paris Saint Germain in UCL last week is his best performance this season. He didn’t score and assist in that match. But his presence in the field sealed the victory for the Red Devils.

Paul Pogba came back to Manchester United in 2016 on a 4-year contract to extend the contract for another year. Paul Pogba is a graduate of Manchester United academy. After that, he joined Juventus in 2012. In his 4 seasons in Italy, he had established himself as a top midfielder.

In his 178 appearances for the Italian side, he has scored 34 goals. He has also won 4 Serie-A titles with Juventus. Then he came back to his boyhood club. In his 159 games with United, he has scored 32 goals. In 2018, the Frenchman won the World Cup as well with his country.

Paul Pogba has always been criticized for his lack of consistency; last season he was struggling with his knee injury. He returned to the side after lockdown but was then tested Covid-19 positive, and he has been struggling to get back to his full fitness.

Ole explains the new role Pogba. He said, “You see, when you have got good players, it is a nice challenge and a nice decision to make when you have got players on the bench that can come on to impact the game.”

“I think Paul, in all three games this week, has come on and made a very positive impact.”

“Of course he has been out for a while with the coronavirus this summer. He is getting better and better, and more and more in shape.”

“Maybe I was unfair on him by starting him that early in the first few games. He is coming along and he has done great when he has come on.”

It will be a question, how long Pogba accepts the decision of keeping him on the bench. Manchester United is going to face RB Leipzig in a UCL tie after a 0-0 draw against Chelsea on Saturday.