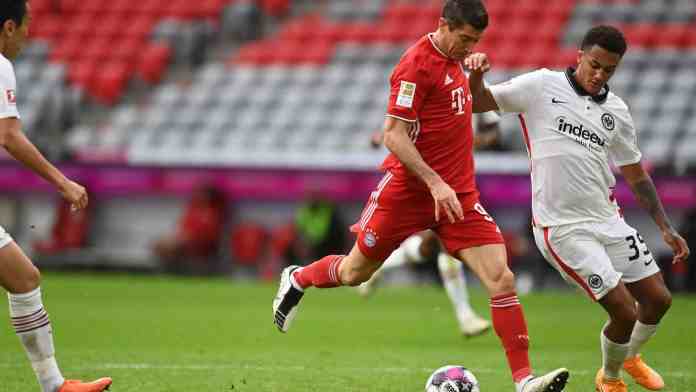 Robert Lewandowski won the UEFA Men’s Player of the Year award recently. He had a blockbuster last season winning all the trophies available including the Champions League and Bundesliga.

The new 2020-21 season has started and one thing that has remained constant from last season is unstoppable LewanGOALski. He has continued to score goals for Bayern as they continue their dominance.

The Poland international scored a hat-trick as Bayern Munich won 5-0 against Eintracht Frankfurt yesterday. And it seems pretty much simple and regular work for the 32-year old.

He is just turning out to be a phenomenal No 9 with age. Even at 32 years he is at the peak of his game which is incredible.