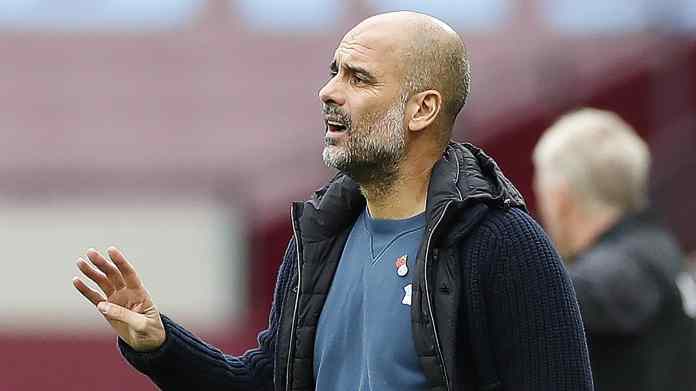 It has not been a great opening 5 matches in the Premier League for Manchester City and Pep Guardiola. The Citizens have won 2, drawn 2 and lost 1 match so far. And though, that might be acceptable for a side challenging for mid-table or Europa League qualification, it will not be enough to make an assault for the title and claim it back from defending champs Liverpool.

Many doubts have crept in as to why such a lowly return has been endured by City, who are usually the pioneers at creating attacking football plays and scoring goals at will. But, Pep Guardiola needs to find a consistent set of solutions and fast, if they are to have any kind of league success.

For starters, one theory might be that the tactical philosophy has seen players stagnate over time using the same set of methods. In that sense, the backroom staff need to identify if opponents have started to catch a trend against City and could as well congest the middle areas, and put two banks of four to restrict any kind of possible pressing.

Further, there has been a lot of sideways pressing in recent times, which has seen a lack of penetration in the final third. The forwards are also creating diagonals and the inability of full-backs to provide the width means that by the time they arrive in key areas, there are blocks of defenders waiting to steal the ball.

Another possible reason for this slow start is the fact that these set of players have not had a proper pre-season. In that sense, the first 8-10 games of the new campaign have acted as an auxiliary time for the players at City to adjust to the demands.

Building chemistry is very important for any team, and the results might start to be seen as we approach the second international break. Regardless, it should not take much time for a club like Manchester City who need to buck up their ideas and start executing the plans and string a victorious run if they want to win the league.