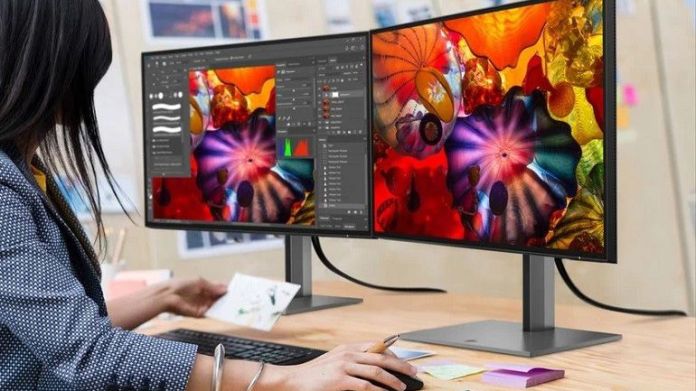 HP is looking to walk the path of innovations and adapting the technology of the future. We already know that the computer manufacturer is building a Supercomputer in Finland and it will be ready by 2021. The supercomputer called LUMI being built by HP will also feature AMD’s next-generation Zen 3 based EPYC CPUs.

The company believes that creators need to adapt to hybrid environments and needs access to cutting edge technologies. It has announced its latest innovations in its HP Create Ecosystem, which are developed to increase creators’ productivity during the pandemic. HP’s Create Ecosystem offers creators with remote solutions and necessary tools required to collaborate, accelerate, and ensure that the users can genuinely share their creations in real-time from any environment.

HP announced its latest and the essential item required by every creator; its new HP Z25xs G3 and Z27xs G3 DreamColor Monitors. Both the monitor’s feature PANTONE Validated color gamut along with HDR 600 support. The variants of these monitors are based on the resolution they offer. The company is offering a resolution of either QHD or 4K along with different screen sizes—both the monitor’s variants sport HP Display Manager, which optimizes the displays’ performance. The technology helps in monitoring the shows and also in keeping the production healthy for a longer lifespan.

HP’s new monitors will start for $239 for the base variant and will go up to $749 for the model offering the highest specs. HP is offering the models differing only on the display resolution but in QHD or 4K variants. The release date is announced to be somewhere between January 2021 and March 2021. The monitors from HP are built, especially for creators offering a suite of productivity options. When paired with HP’s Create Ecosystem, it will offer an increase in the creators’ productivity.

All the HP monitor deals on Amazon India today

ABOUT US
The ultimate Technology & Sports news website, TechnoSports caters to the latest news for all its readers round the globe.
Contact us: [email protected]o.in
FOLLOW US
© 2020 TechnoSports Media Group