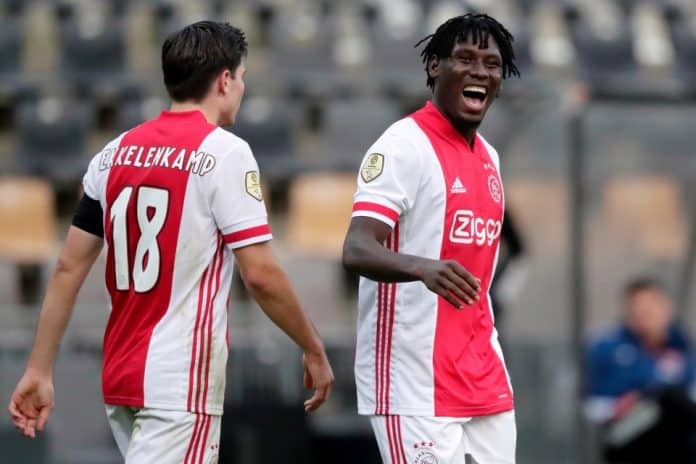 Ajax literally destroyed their opponents VVV Venlo 13-0 in an Eredivisie league match on Saturday. Perhaps what fuelled their desire to win this big, was their midweek Champions’ League 1-0 defeat to Liverpool.

Regardless, it was a victory of epic proportions as there were 4 different scorers in the game over the 90 minutes. Ajax are the defending champions, having been declared the 2019/20 winners of the league after coronavirus forced a lockdown on sporting activities in the Netherlands.

Lassina Traore was the star of the game, scoring 5 goals and assisting 3 of the 13 goals that were scored. Dusan Tadic, Daley Blind and Klaas Jan Huntelaar were the other big names to score in the match.

Interestingly, the previous high scoring record was also held by Ajax, when they met Vitesse in a league game in 1972 – the final scoreline in that game was 12-1.

However, given the way modern football works, it seeks to prove how dominant a force Erik Ten Haag’s champion side are despite losing some key players this season and in fact, in the last few years as well. The recruitment at the club means they always keep bringing in top players, both from the academy as well as the first-team squad.

Ajax as a result of delivering that thrashing, now sit at the top of the Eredivisie after 6 games played. They have won 5 games and lost just the one match against FC Groningen by the solitary goal.

Ten Haag’s men also boast the highest number of goals scored in the season so far, with 24 goals. In addition, they also have a watertight defence which has seen them concede just 3 goals over the same amount of matches.

With a goal difference of 21, it is hard to see anyone else challenge Ajax for the league title and with such a dominant performance, have only reinforced their title credentials for the 2020/21 season.