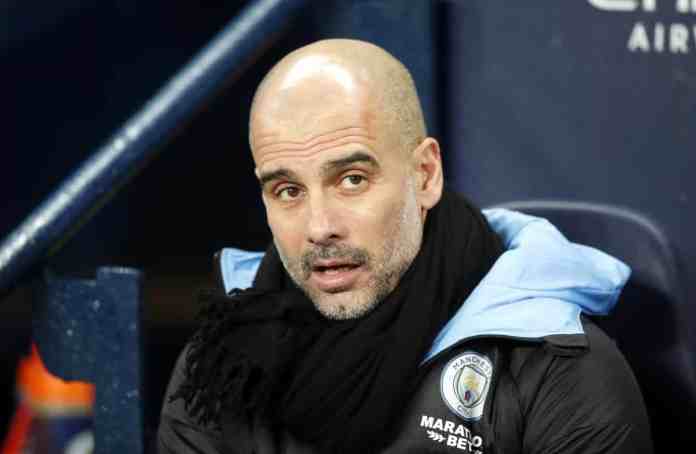 The Catalan manager’s contract at the Etihad Stadium runs out at the summer of 2021 and as yet no concrete talks have taken place of negotiations over a new contract extension.

But, it is now understood that the City upper management will be making a move to offer fresh terms to Pep who has proved his worth since taking over the management duties from Manuel Pellegrini.

However, should Pep decide to not extend his contract and move elsewhere, City are not worried as they have a shortlist drawn up of replacements. Although they would like Pep to stay and create a legacy of sorts having gotten the infrastructure and resources to create everything he needs, the Etihad hierarchy are not overly worried if Pep decided to leave.

The shortlist is thought to contain some reputed names such as Mauricio Pochettino, Brendan Rodgers, Julian Nagelsmann and few others. Needless to say, City would want to replace Pep with an impactful leadership figure with a high level of tactical acumen, if it indeed does come to that.

Pep Guardiola recently won his 500th game as a football manager when he came up against Mikel Arteta’s Arsenal and won the game 1-0. There was a sense of unknown when Pep entered his fifth season with City, considering he has never spent this time at any other club. The added factor of how players would reciprocate to his ideology and tactics was also a concern.

But, with the appointment of new assistant manager Juanma Lillo, there was a consensus that Pep would also refresh his ideas and set out on a new journey that could finally see City lift the Champions’ League, a trophy they are so desperate to win and secure since he arrived.