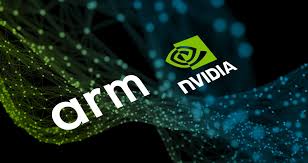 NVIDIA has been making rounds in the semiconductor market with its latest acquisition of ARM. This acquisition would most likely stir up the tech world at its core. Arm’s limitless potential and uses in the smartphone market and low-power processing segment give Nvidia an unfair advantage over other mobile processor manufacturers. ARMs importance is growing in both the data center and supercomputing markets. Thus the Nvidia deal comes with significant consequences for the tech industry.

Many believe that China’s authorities might not let the deal follow-through, which will cause several implications to the manufacturer of the graphics.

Rumors have surfaced that several Chinese companies, including the Chinese telecommunications giant Huawei. The reports claim that the Chinese tech giant is actively lobbying regulatory bodies to either reject the deal or accept it only with several conditions.

The trade war between the chinses and the trump administration is still going strong, especially with the US department stripping Huweai from expanding bits 5G technology and limiting its business with TSMC.

Huawei and several Chinese companies are pushing China’s State Administration for Market Regulation to ensure their ability to use Arm’s designs. They believe the new acquisition will hamper their business.

NVIDIA will have the option to remove Arm from the Chinese market completely that will strip the country’s tech giants of the integral design required by their semiconductor wafers.

Regulatory approval is critical for Nvidia’s ARM deal. If the United Kingdom administration joins China in potential rejection of the agreement, then NVIDIA will have no choice but to abandon its acquisition of ARM.

However, NVIDIA has assured that Arm will operate in the same manner that it currently does. NVIDIA plans to use Arm’s customer base to expand its GPU presence while targeting the growing artificial intelligence.