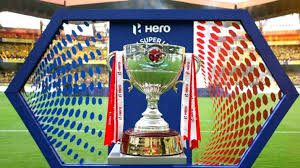 The wait is finally over for the Indian Football fans. Indian Super League is going to kick-off from 20th November.

FSDL has already announced the dates in their social media handles. All the teams have already reached Goa and started their training on allotted training grounds.

All the matches will be played in Goa behind closed doors because of the Covid-19 pandemic. All the precaution measures will be taken. Social Distancing norms and all the rules will also be maintained.

This year ISL will be of 11 teams. The addition of East Bengal will surely increase the beauty of this league. Moreover, the other Kolkata giant, Mohun Bagan, has merged with defending champion ATK and will be playing in ISL as ATK Mohun Bagan FC from this season.

Both the teams have made their team better and are ready to maintain their legacy and give the taste of the famous ‘Kolkata Derby’ to the new league again.

SC East Bengal wants to mark their debut season under their Head coach, Liverpool legend Robbie Fowler. They have signed some exciting foreigners for the upcoming season.

All the other nine teams are not staying behind. Some European clubs and football organizations also tied up with these clubs. Mumbai City tied up with ‘City Football Group’, Hyderabad FC tied up with Borussia Dortmund.