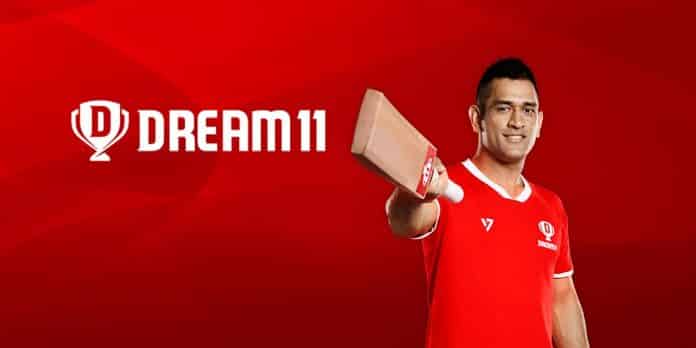 Cricket is one sport that is religiously followed in India. Irrespective of the boundaries set by caste, culture, background, and the religion one belongs to, the sport resides in the very heart of every Indian. Unfortunately, for many cricket fans this year, the IPL (Indian Premier League) was shifted to the UAE and fans were not able to attend live matches and enjoy the thrill of watching their teams fight and win.

They can, however, support their team virtually. Also, many companies have launched their fantasy cricket apps that allow cricket fans to play games on their mobile devices and win big.

Excited to know about these fantasy cricket apps? Read more to find.

Possibly the most famous cricket fantasy app out there. Dream11 is also the title sponsor of this year’s IPL, and that in itself says a lot about the credibility of the application. The app has a huge user base and shell out big amounts as daily winnings. Dream11 is well-accepted by the players due to its intuitive user interface, private contests, and the prize amount offered to the winners. Also, our favourite Captain Cool Mahendra Singh Dhoni is the brand ambassador of Dream11. Users can simply go to their website to download their app and start gaming right away.

This cricket application is started to grow in popularity in the Indian fantasy cricket app market. My11Circle currently enjoys a user base that totals up to 50 lakhs active users, with 50 lakh+ app downloads. Currently, BCCI director Saurav Ganguly is the brand ambassador of My11Circle. Also, players can win mega cash prizes during a series of contests (cricket and football) constantly running on the website. Want to win big? Head over to their app and beat Saurav Ganguly to win big!

If variety is all that you crave for, then the MyTeam11 fantasy cricket app should be your go-to destination. The app features a wide range of sports that the users can take part in to win huge amounts. From cricket to football, basketball, volleyball, and even baseball, players have something for every mood. The app has a user base of more than 15 million active users and with an exciting 4.4 user rating. MyTeam11 runs 100 contests daily and the players can take part in these games to win prizes worth crores of rupees.

Download the MyTeam11 fantasy cricket app from their official website to get your wheel of fortune running.

MPL is one of the best fantasy cricket mobile applications out there. The app enjoys a staggering 4 crore of users playing daily on their platform. And well why shouldn’t they? The app offers lucrative games in addition to cricket fantasy such as rummy, free fire, fruit ninjas, ludo, and a lot more.

Your chances of winning on the website are quite high. With the current IPL season ongoing, users can play fantasy cricket to win up to 3 crore rupees. Also, players can withdraw their winnings almost instantly using AmazonPay, PayTm, and direct bank transfer. Download the MPL app from their website and start winning big.

The craze for fantasy cricket applications is constantly growing and people are going with the best cricket prediction apps available out there. FanFight is the newest addition to the cricket fantasy world, and surprisingly, it has garnered quite a good number of users in a very short span of time.

The app has been downloaded more than 5 million times and enjoys a rating of 4.6 stars by the players. Also, FanFight allows the users to utilize 100% of their deposit amount and an opportunity to win 20X more in every played match. If you don’t want to miss out on this app, head straight to FanFight, and download their app to get started.

Most of the fantasy cricket applications require the players to make their team and fix everything before the match starts. Gamezy wins in this area by providing the users with an option to play along with the match. What that means, is that the users can play in terms of small overs and increase their chances of winning.

KL Rahul is currently the brand ambassador for Gamezy, and the app is doing quite well in the cricket fantasy market. Players can withdraw a minimum of 200 rupees and a maximum of 200,000 rupees as their winnings. Users get a 100% welcome bonus up to ₹500 on their first deposit. Download the Gamezy app here.

Fantasy cricket has become the talk of the town. Many Indian players are flaunting their skills in these apps and are also winning big in the process. Listed above are only a handful of these applications which are quite good in what they do and have huge amounts as prizes. You can find many other apps offering the same benefits and ease of play.