Acer launches new Monitors for its Predator and Nitro Series 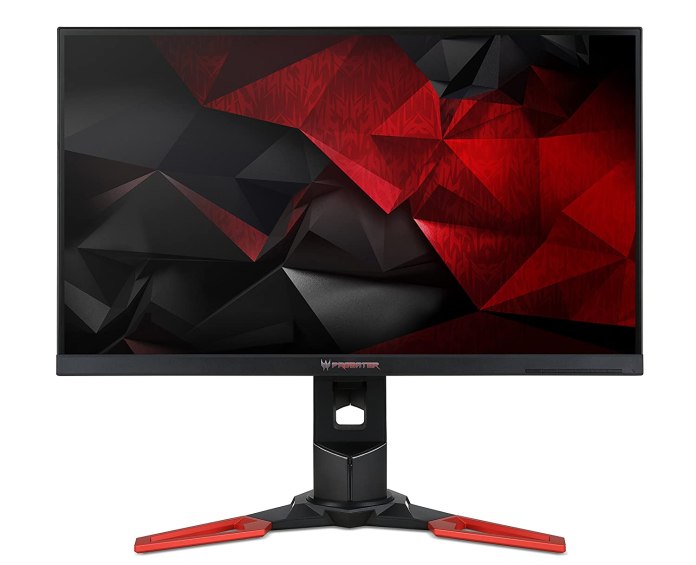 Earlier, Acer announced its new entry of gaming monitors for its Predator and Nitro line-up. The predator line-up offers high-end specs with rich features, whereas the Nitro series provides features that are not expensive to afford while delivering high-end performance. The monitors have minimal bezels and thus will work well with a multi-monitor setup.

It is a 34-inch ultrawide curved QHD IPS panel with a 3440 x 1440 resolution. The monitor will reportedly cost $1,100 on its launch. The monitor is also G-Sync compatible is overclocked at 180Hz refresh rate and a half-millisecond of response time. The device also supports VESA DisplayHDR 400 and covers 98 percent of the DCI-P3 color spectrum along with two integrated 7W speakers.

The 32-inch QHD monitor is overclocked at 270Hz refresh rate and has a 0.5ms of response time. The XB323U GX covers 99 percent of the AdobeRGB gamut and has support for the VESA DisplayHDR 600. The device also supports 8-bit image processing and local dimming. The XB323U GX is also compatible with Nvidia G-Sync technology. The monitor will be launched in the US in January 2021 and will cost $900.

This monitor comes with Acers’ very own VisionCare 4.0, which adjusts the monitor’s brightness and color temperature automatically. The new 27-inch QHD IPS display has a 170Hz of refresh rate along with 1ms of response time. The display is color-accurate with 95 percent coverage of the DCI-P3 gamut and has DisplayHDR 400 certification. The machine will cost $550 on its launch in January 2021.

It is a 27-inch QHD IPS panel that sports a 170Hz refresh rate and 1ms of response time. The XV272U VK also has VisionCare 4.0 feature along with the ability to adjust the brightness and color temperature automatically. The machine will start at $400 upon its launch.

The monitor is a 1080p IPS panel sporting a 165Hz of refresh rate. It supports 90 percent of the DCI-P3 color spectrum. Other details are not available now, but the device will cost $280 when it launches in December.