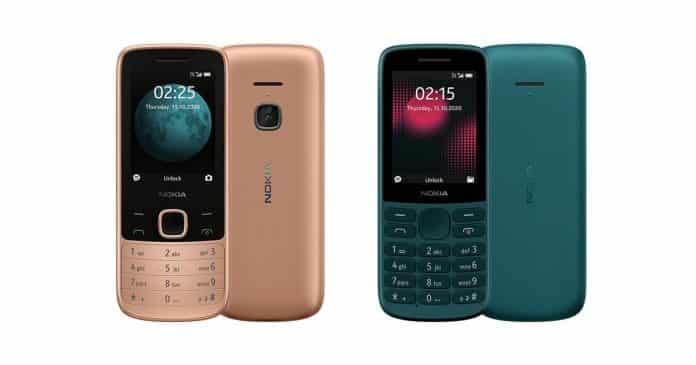 In the era of extraordinary smartphones and flip-phones, Nokia never disappoints its users with its crazy feature phones. Like if anyone wants to buy a feature phone, he/she will definitely look for only one company, Nokia. Right now, Nokia has launched two new feature phones in India, dubbed as the Nokia 215 4G and Nokia 225 4G. Both are 4G phones and support VoLTE calling and come with wireless FM radio as well. Let’s check out the specifications of both the feature phones.

Both the dual-SIM (Nano) phones Nokia 215 4G and the Nokia 225 4G have some similar specifications. Both of them run on the RTOS based on the Series 30+ operating system. They come with a 2.4-inch QVGA display. Coming to the storage, both of them have 128MB of internal storage. The storage is further expandable up to 32GB via an external microSD card. In terms of connectivity, everything is there which a feature phone should have like Bluetooth 5.0, FM radio, Micro-USB port, a 3.5mm headphone jack, and the support of 4G VoLTE is like a cherry on the cake. Regarding multimedia, you will get a pre-installed MP3 player on those phones.

Coming to the battery, both the phones are fueled up by a 1,150mAH removable battery (24 days of standby time on a single charge). Now coming to the difference between them, Nokia 225 4G carries a 0.3-megapixel VGA camera whereas Nokia 215 4G misses out on the camera setup. Regarding the dimensions, both the phones measure 124.7mm x51.0mm x13.7mm. The Nokia 225 4G weighs around 90.1 grams. The Nokia 215 4G comes in two color variants: Black and Cyan Green whereas the Nokia 225 4G is offered in three color shades: Black, Classic Blue, and Metallic Sand.

Coming to the pricing and the availability, the Nokia 215 4G has a price tag of Rs. 2,949 in India whereas the Nokia 225 4G carries a price tag of Rs. 3,499. Both the phones will be available for purchase through Nokia India online store from Friday, October 23, whereas the offline retailers will start selling the phones from November 6. Moreover, you can grab the deal of the Nokia 225 4G through Flipkart from Friday.