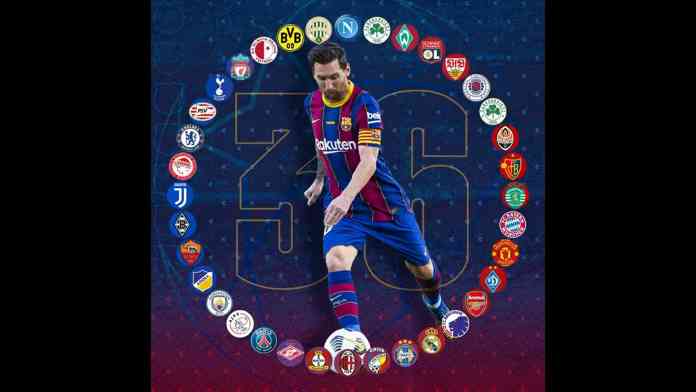 Lionel Messi has already become a legend of the game and one of the greatest players to ever play the game.

His rival, Cristiano Ronaldo is usually known as the King if the Champions League, but this time it is the Barcelona captain who has made a record in the European competition.

The Argentine has now scored against 36 opponents in European competitions, the highest by any player.

Before the match against Ferencvaros, Barcelona manager Ronald Koeman said, as quoted by Sport: “It may be that Messi’s performance could be better at the moment, but he is happy, he wants to be team captain and is improving. He also had bad luck with the ball to the post and on the last play of the game. I have no doubt in his performance and we will see it in the next matches.”

Messi has now scored from the penalty spot and made a European record and has again shown the world why he is the best!