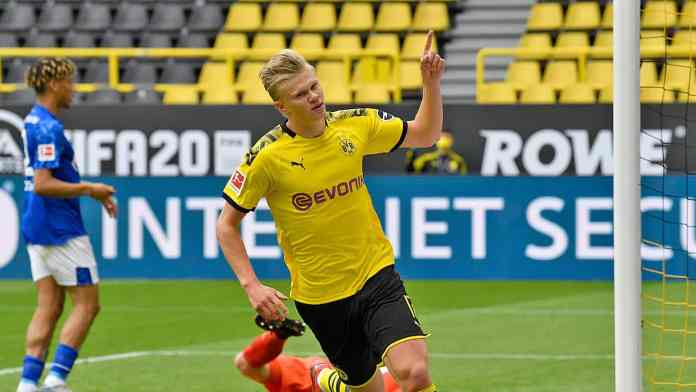 Although nothing truly compares to watching class acts like Messi, Ronaldo and Neymar on the pitch, anticipating the potential of exciting young players is probably the next best thing.

Now that the Champions League season is officially underway, we look at 5 of the most talented youngsters that have enough to make a name for themselves in Europe.

The American midfielder has been one of the latest to add himself to the long list of Dortmund starlets. Although he was a part of the squad last season, the start of the 20/21 season has seen the 17-year-old put on some great performances in his 4 appearances for Dortmund.

With a goal and four assists to his name, Giovanni Reyna is one to watch this season in the Champions League, and he isn’t the only one from Signal Iduna Park.

Bellingham is the highest ever sale of Birmingham City, and the young English wonderkid has chosen to follow in the footsteps of fellow countryman and starlet Jadon Sancho.

Despite making the transition from Championship football to the Champions League, the teenager looks comfortable operating in the heart of the park.

The 18-year-old enjoyed his breakout season with the Red Devils in the back-half of 19/20. Having an unbelievable amount of talent at his disposal, the youngster is one of Manchester United’s brightest prospects ever and could definitely leave a long-lasting mark in European competition this season.

With reports that Real Madrid are prioritising the signing of the French wonderkid, his days at Rennes are looking numbered. However, the 17-year-old has a lot to prove to the rest of the teams in the continent. And what better way to go about it than perform well in the Champions League?

Although Rennes aren’t the most exciting team in the competition, their first time in the top tier of European football is sure to give the youngster a wealth of valuable experience.

Fati has been heavily praised by the Barcelona faithful, as well as the Spanish media. So much so that he is now being heralded as the heir apparent to Leo Messi. However, at only 17, the Spaniard still has a long way to go to truly reach that level. But the signs are all there for the teenager to shake things up in Europe when he’s not shining in Spain.