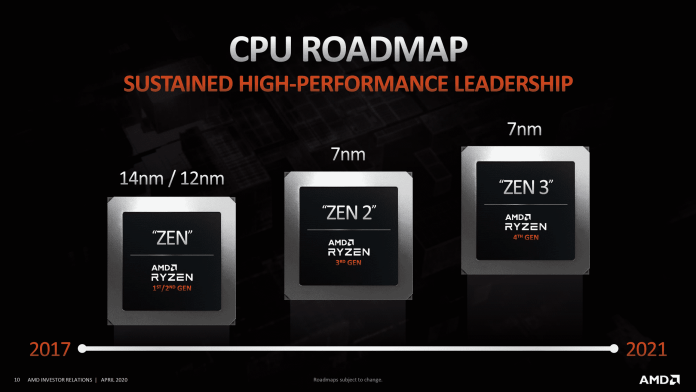 The fourth quarter of 2020 has seen AMD being a lot more busy than usual. The world’s second-largest semiconductor manufacturer and Intel’s competitor has been gearing up majorly to announce its upcoming line of processors based on its next-generation Zen 3 architecture.

Earlier, we saw the Ryzen 6000 series processors teased online and the series’ clock speeds. Now, we have on our hands yet another scoop regarding AMD. The company’s upcoming Ryzen 5000 series based on its Zen 3 architecture is teased online previously with alleged benchmark scores.

As we gear up for AMD’s official availability of its Zen 3 based Ryzen 5 series, let’s see what these rumors have to offer.

The Ryzen 9 5950X is the flagship CPU based on Zen 3. It features 16 cores along with 32 threads. The news in the market is that the CPU will be the first one from AMD to feature a 4.9 GHz of boost clock and be the first processor to break the 641 single-threaded performance wall Cinebench R20.

The data provided in the leaks cannot be absolutely accurate, so we have to digest it with a pinch of salt. According to sources, the Ryzen 9 5900X has a single-core result of 1605 points. That is 9% faster than intel’s Core i9-10900K CPU, which has a score of 1467 points. The upcoming Ryzen 9 5950X is supposedly 18% faster in single-threaded test and 12% more quickly in the multi-threaded test when compared with the current-generation Ryzen 9 3950X

AMD’s upcoming Zen 3 based Ryzen 5000 series will be launched on November 5. As to how this new line-up will fare against its competitors remains to be seen.