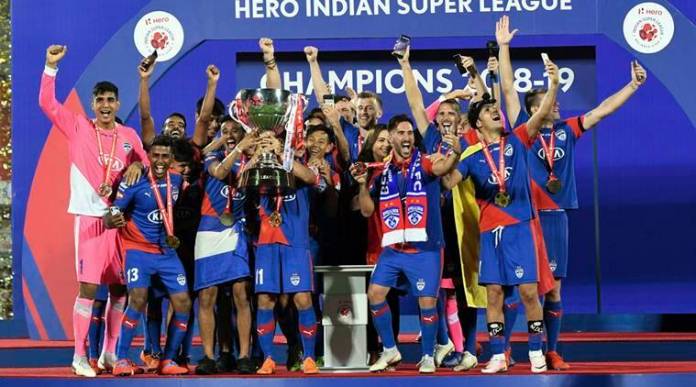 Kristian Opseth joined Bengaluru FC from A-League side Adelaide United in a free transfer. The 30-year-old forward has scored 6 goals in his 21 appearances in his last season.

“I’m really excited by this new challenge. The Indian Super League is growing and getting better with each year. Hopefully, I can contribute to take that level higher.”, said Opseth, after signing a season-long deal with Bengaluru FC.

“I can’t wait to arrive in Goa and meet my new teammates and get started. I got a good feeling after speaking to the coach (Carles Cuadrat) and the fact that Bengaluru is always a strong competitor for the title triggered the wanting to come.”, he added.

Spanish defender Fran Gonzalez already had a taste of Indian football. He was the I-League champion with Mohun Bagan AC [ Now merged with ATK and known as ATK Mohun Bagan FC] last season.

After joining Bengaluru FC he said, “After only one season in India, I realized how big Bengaluru FC is. I’m excited to face this new challenge with a top side. It will be a different season for sure, staying in Goa without our fans, but I am sure that we can be successful together.”

Bengaluru FC head coach Cuadrat said, “The additions of Kristian and Fran to the squad for this season makes us a very competitive team. Fran has won a title last season and is familiar with Indian conditions. Meanwhile, Kristian is a proven goalscorer and along with Deshorn Brown and Cleiton Silva, he gives us the confidence we need in the attack.”

Bengaluru FC won the ISL title in the 2018-19 season. They lost in the playoffs last season against ATK. They surely want to clinch the title this season. Fran Gonzalez and Kristian Opseth will surely add a boost to the team.