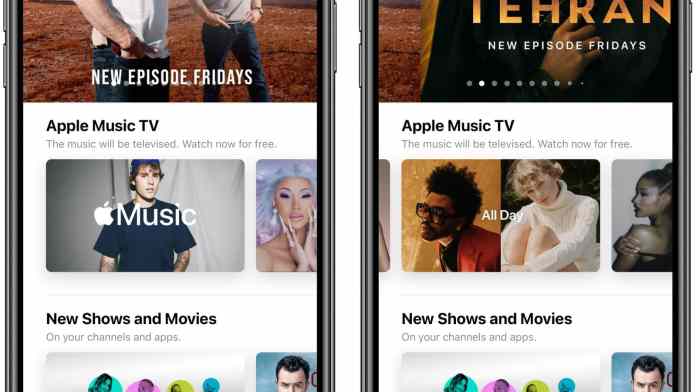 Apple has been in a war of its own to establish itself as a music streaming service. The Cupertino giant currently has only one competitor, worthy of disrupting the Apple Music services in providing music services to its customers. The Swedish media streaming firm Spotify is the biggest rival of apple in the music streaming platform. Though Apple has undertaken several measures and released several policies, it has always been unsuccessful in attracting more customers towards its Music platform.

But things are finally about to change. The Cupertino giant has introduced something that we rarely see any music streaming platform offer. Now, users in the united states can enjoy streaming live music videos 24 Hours a day on Apple Music TV.

That’s right. Furthermore, the company is also promising to feature exclusive videos, live shows, and many more. The channel which is streaming live music shows for free on Apple Music Tv is one of the best channels available on any Music streaming platform.

Apple has shown us quite a few interesting strategies with its music streaming service to take on its competitors.

Earlier, it started featuring some exclusive albums and radio channels available only on its own Apple Music.

Apple Music TV is now officially launched in the US, allowing users to enjoy the free content. The company announced that on Thursday, it is going to celebrate the release of Bruce Springsteen’s latest “Letters to You”.

According to sources, viewers will also enjoy Bruce Springsteen for the entirety of the day. The Apple Music TV will also feature music videos of Springsteen’s most popular videos. A special event, which is an interview of Springsteen with Zane Lowe, will also be featured.

Music TV is also including two exclusive premiers on Friday at 2:00 pm, ET. The joji’s 777 and Saint johns Gorgeous. This is all amazing and it is now available for free on Apple Music TV.

The channel is available on any Apple device using Music App or the TV app. Users can also visit Apple.com/AppleMusicTV on the browser to log in and enjoy the content.